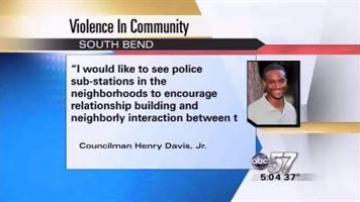 Several of this year's shootings have happened in Councilman Henry Davis Jr.’s district.

He released a statement speaking out about the recent violent outbreak.

Davis said in part: “The violence in South Bend is a challenge to the collective community. To say that I am concerned is an understatement and at times I do not feel safe in this community. I would like to see police sub-stations in the neighborhoods, to encourage relationship building, and neighborly interaction, between the police and the city's residents.”