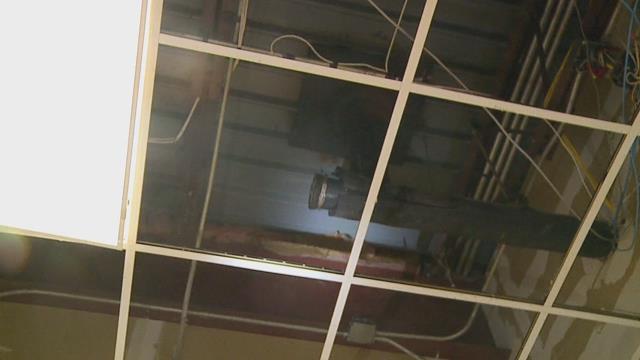 The building is closed while crews work to clean up the damage.

Police and fire crews responded to the building on Lincolnway Way just after 4 p.m. They found an inch of water covering the first and second floors on the east side of the building.

Clean up crews estimated 500 gallons of water poured from the roof through the ceiling of the second and first floors.

The employees were not harmed.

Police say the building’s tiles and flooring experienced water damage, as did the computers and court documents.

“Obviously this is all really good information for the courthouse and for everybody in the community so we all need that paperwork to be preserved,” said Bryan.

Bryan says she believes all the water damaged documents are salvageable but it may take a couple weeks to dry them.

Sheriff Grzegorek says the building is expected to be reopened within a week.