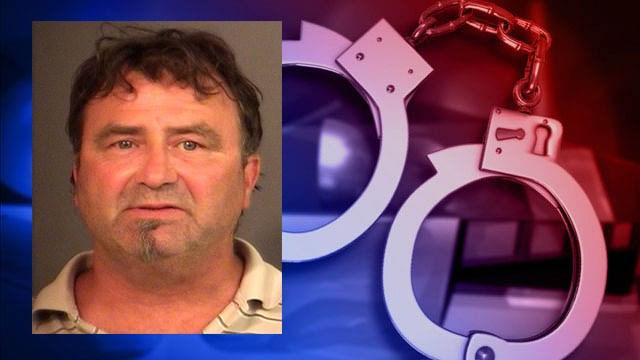 An arrest has been made in the June 7 stabbing that wounded a construction worker at Flaherty Hall on the Notre Dame campus.

When the incident happened, the University of Notre Dame released a statement that a worker suffered a puncture wound while working at Flaherty Hall.

Court documents reveal a contractor, who describes himself as "The Beast, the Savior of Mankind" and "The Chosen One," stabbed another contractor.

According to the probable cause affidavit, Thomas Patrick showed up to the construction site on the morning of June 7, 2016. While walking to the fourth floor, he passed Mark Watkins.

Patrick saw Watkins was wearing a backpack and said "He is packing."

Patrick and Jason Sergeant, a coworker, entered a narrow space behind some electrical panels to look at some duct work.

Their backs were exposed between two electrical panels, according to investigators.

Patrick screamed out "Oh my God" several times and Sergeant watched him fall to the ground. He also noticed Patrick was bleeding from his back.
Sergeant pulled up Patrick's shirt and noticed a two inch stab wound in Patrick's back.

When a nearby worker looked over right after Patrick called out, he said he saw Watkins standing in the area in front of the electrical panels, according to the probable cause affidavit.

A few minutes later, when police and emergency crews arrived, Watkins was not in the area, but his tool belt and hard hat were unattended approximately 8-feet from where Patrick was lying, according to police.

Watkins left the site before lunch without telling anyone and took his tools with him, according to the probable cause affidavit.

The following day, detectives spoke with Watkins. Watkins told police Patrick had walked past him in an aggressive manner and said "He is packing."

Watkins said he thought Patrick was referring to the fact Watkins was carrying a handgun and this made him mad, the probable cause affidavit stated.

When the officer asked Watkins if it was possible he stabbed Patrick and didn't remember it, Watkins stated he was there on the fourth floor and that is how it happened. He then said he didn't stab Patrick and wasn't going to admit it, according to the probable cause affidavit.

Watkins also told investigators he was "The Beast, the Savior of Mankind" and "The Chosen One," and he had 666 in his social security number.

Watkins was charged with one count of battery by means of a deadly weapon. The charges were filed July 18.