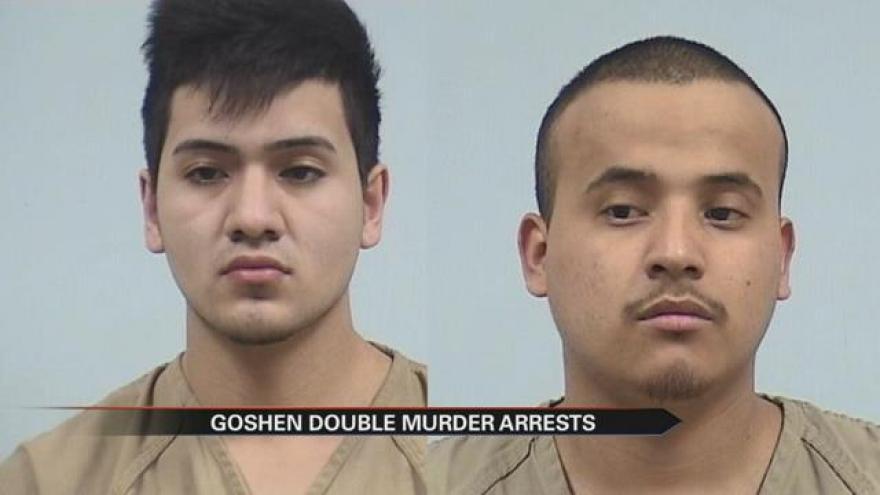 The probable cause affidavit in the double murder in Goshen at Brookside Manor reveals some of the evidence against the two suspects.

Luis Rivas and Diego Ramos are accused of killing Jose Nava -Orozco and Marco Carmona-Gonzalez in the early morning hours of March 13.

How police tied Rivas and Ramos to the crime was redacted from the probable cause affidavit. However, the prosecutor's office says the shootings appear to be motivated by gang violence.

When officers went to Ramos' last known address they spoke with his mother. She told investigators her son woke her up at 5:30 a.m. and told her Jose Nava was dead. Police said that was approximately 15 minutes after police were dispatched to the scene of the murder.

While at his house, police gathered spent shell casings.

Ramos spoke with officers and denied being affiliated with the Vatos Locos gang. He also said he was home alone the night of the murders, but later admitted he knew Rivas and that Rivas had spent the night with him Saturday March 12 into Sunday March 13.

Ramos denied any involvement in the murders.

Evidence against Rivas includes photos located on his cell phone, according to the probable cause affidavit.

Police said a forensic review of his cell phone contradicted his statement.

Also on Rivas' cell phone, police located photos of a unique handgun, which matched the description of a handgun witnesses reported Rivas had in his possession before the murders.

Both Rivas and Ramos are being held without bond. They will have initial hearings on Thursday.