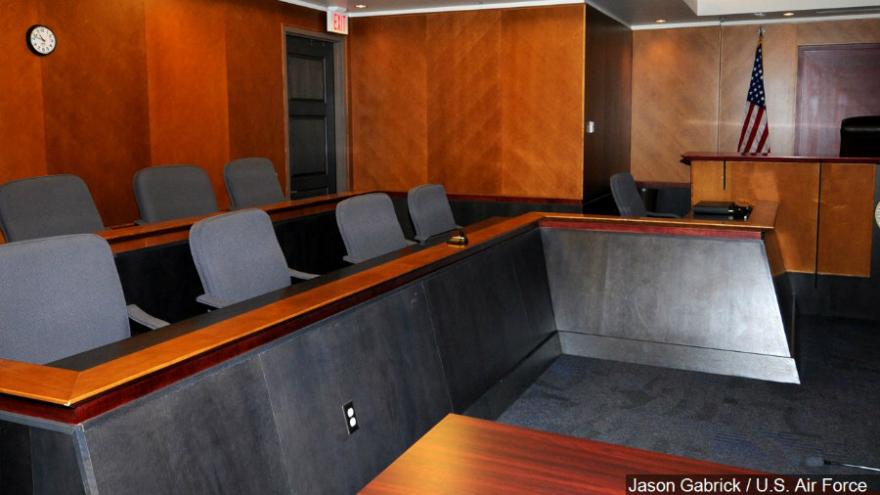 Milwaukee, Wisconsin (WITI) -- A courtroom runaway, caught on camera: Multiple surveillance cameras captured Dwayne Chaney, once one of Wisconsin's Most Wanted, as he walked out during his own murder trial. It happened the day before his conviction -- and led to another manhunt for Chaney.

Chaney was convicted in the death of Michael Prescott, which happened in 2005. Prosecutors say Chaney killed Prescott in a jealous fit of rage.

Five surveillance cameras captured Chaney as he walked out of his trial on October 19th. He arrived for trial in a collared shirt, a blue vest and khaki pants. Prosecutors say his girlfriend, 23-year-old Zuri London and another man, 46-year-old Frank Kyles were there with him that day.

At 9:25 a.m., the video shows Kyles heading into the courtroom first. London and Chaney can be seen pausing and embracing outside the courtroom. As London heads to the bathroom -- it appears Chaney has a change of heart about sticking around.

At 9:31 a.m., the video shows Kyles on a cellphone, meeting Chaney in the hallway. The two men are seen talking things over before moving towards the elevator.

London is seen emerging from the bathroom -- walking over to where she believes she would find her friends. When she realizes they're gone, she moves towards the exit as well.

Cameras captured Chaney as he walked outside -- with his vest and dress shirt in his hand. Soon, a white Toyota Scion heads their way. Prosecutors say Chaney's mother, Floragenia Chaney was behind the wheel. The group can be seen getting into the vehicle -- and the manhunt began.

Law enforcement officials on October 23rd discovered him hiding in a garbage can near 95th and Thurston following a foot chase. London was hiding under a nearby porch.

Chaney is facing new charges for the escape -- along with London, Kyles and Chaney's mother.

The big question in this case: Why was a man on trial for murder allowed to be out on a signature bond. Chaney asked for a speedy trial, and prosecutors said they weren't yet prepared to head to court. A judge then granted a $250,000 signature bond.

Floragenia Chaney has a bail/bond hearing set for November 10th on her charge of felony bail jumping.

Zuri London's been charged with obstructing an officer -- a misdemeanor charge. She has a scheduling conference set for November 20th.