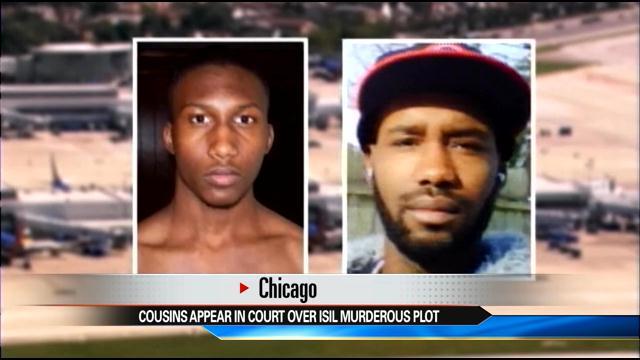 But before leaving, the FBI says the Illinois National Guard Member gave his uniform to Jonas so he could wear it to enter a nearby base.

Police add, Jonas had automatic weapons and grenades to kill as many soldiers as possible, with the intended body count as high as 150.

The likely target was Joliet Armory where Hasan had trained.

"I honestly don't feel my brother is in the US Military, but yet leaving the country to join ISIS," said Hasan's sister Manchinique Bates. "That's ludicrous."

The alleged plot was foiled by the FBI.

According to court documents, Hasan told an undercover agent it was his duty to support ISIS or be martyred in the process.

Family says the two were raised Christian, but converted to Islam in recent years.

They add if the cousins had radicalized, few seemed to know that.