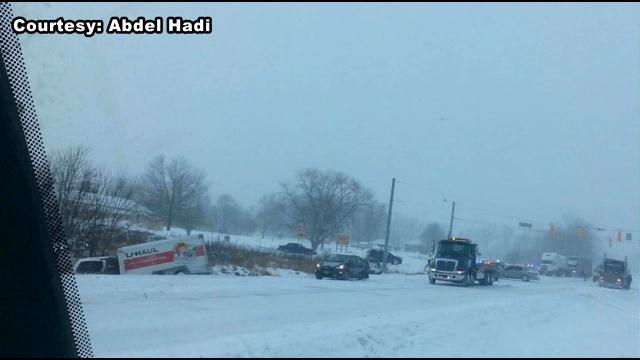 PLYMOUTH, Ind. -- A large accident Wednesday afternoon on US-30 near the Queen Road intersection in Plymouth has left several people upset, but thankful to be unharmed.

"I had a job interview," said Donnie Keaton, one of the people involved in the accident. "I know I didn't get the  job, but I still have my life, so I'm okay."

The crash involved at least 6 cars and several semis, one of which was being driven by Abdel Hadi.

"I've been stranded for 3 or 4 hours now because of what happened," said Hadi.

There's no official word on what caused the accident, but Hadi says he has an idea.

"This whole thing could've been avoided if they just cleared the roads," said Hadi.