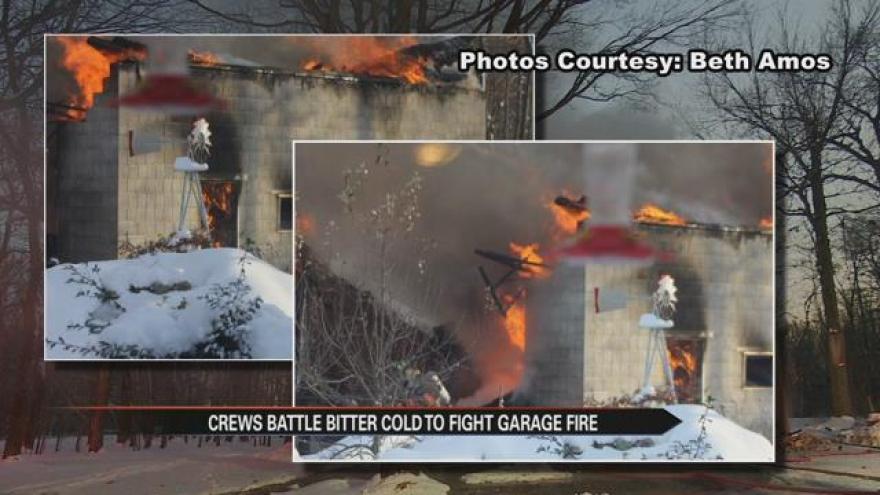 A Bristol homeowner’s garage was engulfed in flames Thursday, forcing firemen to fight the flames for hours in the freezing cold.

It all started with the snow.

“I snow plow in the winter time,” said Dennis Amos.

He has to plow, because the county says the road in front of his house is technically private property.

“I went out to the garage to get in my truck to go plow, and the truck wouldn’t start. I got some starting fluid and sprayed that on the carburetor and got back in the truck, cranked it over, and things just blew. Flames just shot everywhere,” said Amos.

In 20 minutes—and before firefighters even arrived—Dennis Amos’s garage was completely engulfed in flames.

“When it first started, I was not doing well at all,” he said.

And the snow that first lured Dennis to his garage became a bigger problem than the flames.

Lucky for Dennis, the Bristol, Osolo, Middlebury, and Porter fire departments braved the elements and extinguished the fire in a couple of hours.

But, Dennis says once he gets a new plow, he’ll follow one piece of simple advice.