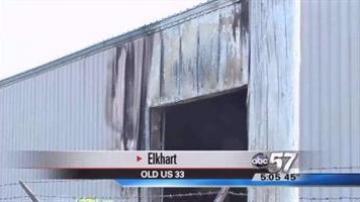 ELKHART, Ind. -- Three people including a fire fighter are recovering following a blaze at an industrial factory in Elkhart.

One firefighter had to be treated for heat exhaustion, but we're told he's doing alright. The twp employees taken to the hospital have minor injuries.

The factory suffered a bit of damage as well.

"Right now the fire is contained to the product, the rear itself, towards the rear of the structure, some damage to the ceiling and just insulation and other products in storage,” said Baugo Township Fire Chief Chad Carey.

The investigation into what sparked the fire is still ongoing.