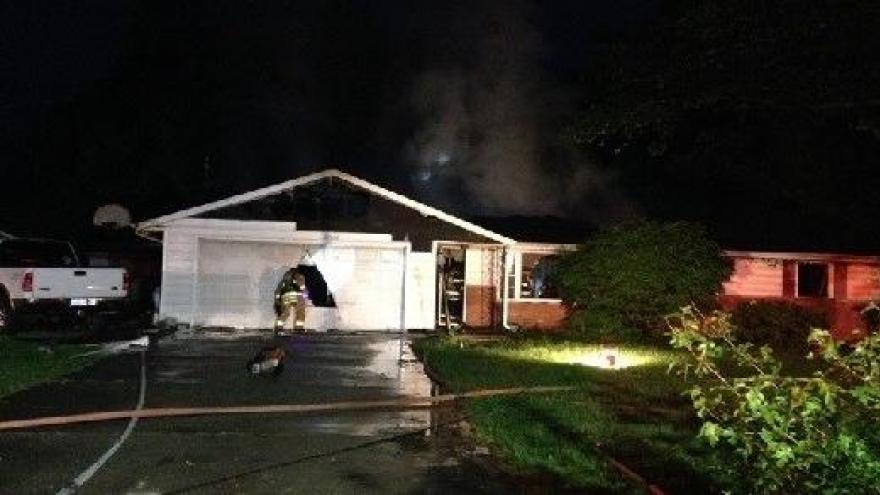 The Elkhart County Sheriff's Department and firefighters are on the scene of a house fire in the 29000 block of Old U.S. 20.

Four different departments responded. The Cleveland Township fire chief said it looks like the fire started in the back of the house near the attic.

Crews swept through the house several times looking for anyone who may have been trapped inside, but said it appears no one was home at the time.

Officials said neighbors told them the homeowner works the third shift and likely wouldn't be home until later in the morning.