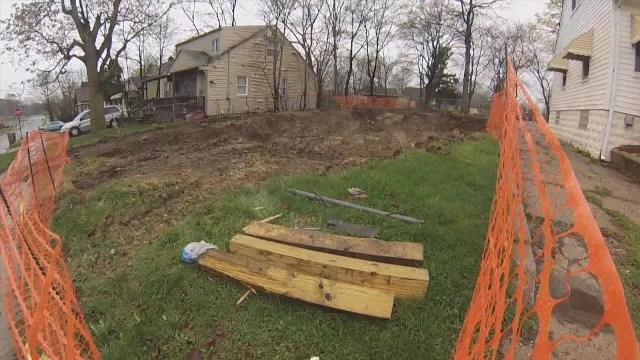 PONTIAC, Mich (ABC News/WXYZ) -- Demolition crews destroying a mobile home didn't realize a man was inside, until they heard his screams.

Amy Kassab says Gary Myers stayed in a mobile home on the property next to his late mother's home that was demolished.

"They heard a scream and that's when they stopped, which thank God he screamed and they heard him," said Kassab.

The city has been tearing down abandoned houses in an effort to reduce blight.

Officials say they warned the man several times to vacate the mobile home.

The mayor says crews are told to secure the area and check the property before tearing it down.

"We want to make sure this doesn't happen again," said Mayor Deirdre Waterman.

"Good guy, I hate this happened to him. They should have checked to see if he was in there," said Kassab.

The man was taken to the hospital.

He suffered several broken bones and a deep laceration to his head.

City officials say they plan to work with the man, offering him housing programs once he recovers from his injuries.