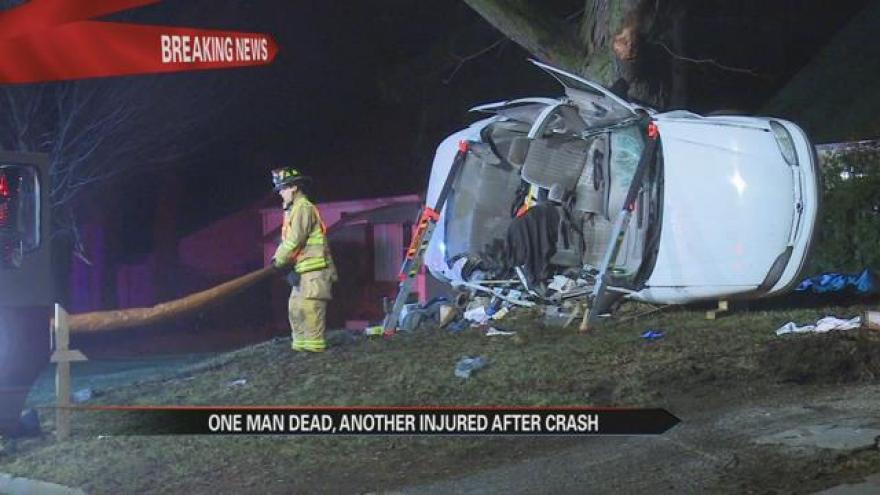 In St. Joseph County, one man is dead and another is sent to the hospital after a car crashes into a tree. Police, fire, and medic crews responded to a crash in the 54000 block of Ironwood Road late Friday evening.

One person was trapped in a white 2000 Chevy Lumina which had hit a tree. St. Joseph County Dispatch says the call of the crash came in shortly after 11 p.m.

According to Captain Spencer, one vehicle attempted to pass, the second vehicle sped up, causing the vehicle to fish-tail out of control and crash into a tree.

Mark C. Riggs, 48, was the driver of the vehicle that struck the tree and was pronounced dead at the scene. Kevin Hoover,50, the passenger in that vehicle was taken to the hospital for injuries sustained in the crash. Hoover was said to be listed in stable condition.

Scott, who lives steps away from where the accident happened, tells ABC57 he was winding down when all of a sudden he heard a loud noise right outside his home.

“I was sitting in my living room and heard a loud sliding, not screeching and then a really loud thud and I was like what was that?”

The crash was on his property.He says he didn’t get to see how this actually happened, but was there for the aftermath and immediately called 911.

The scene started clearing at 2 a.m. Saturday morning, but Scott says he will forever remember how that tree saved their life.

“Our bedroom is directly behind the trajectory of where that car was sliding towards, but the tree caught it, really scary stuff.”

Braden Scott did say he wanted to send his condolences to the family of the deceased driver. He adds even after he saw the accident with his own eyes, he can’t believe what happened.