Cuba: What's next under Raul Castro? 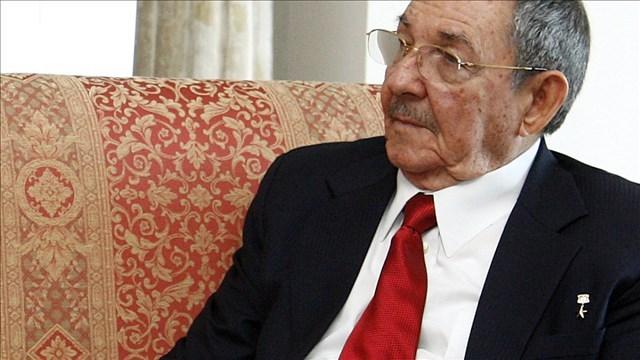 (CNN) -- Now that his brother Fidel is no longer looking over his shoulder, will Cuban President Raul Castro take the chance to move their country in a new direction?

If he wants to steer a new course, there's still time. The younger Castro brother, who's been running the island nation for a decade, has more than a year until he's set to step down.

But so far during his presidency, major shifts for Cuba haven't been in the offing.

"The thing about Raul is he's still very much tied to the past," says William Rowlandson, a senior lecturer in Hispanic Studies at the University of Kent. "Under his leadership, there have been reforms and progress made on all sorts of fronts, but it's a hesitant game. No massive, great changes have been made."

We don't yet know the answer to a key question: Did Raul Castro inch reforms forward out of respect for his brother, or was the slow pace of change a result of his own beliefs and leadership philosophy?

There are many factors that could impact Raul Castro's rule before the 85-year-old president steps down in 2018. Here are some key areas to watch:

The shadow of Fidel Castro, who died Friday at age 90, still looms large over Cuba. But his death may make it easier for free-market reforms to take hold in the communist state, Cuban experts told CNN.

That's because Raul Castro knows that history will judge him and the next generation of Cuban leaders on economic opportunity, said Tomas Bilbao, a policy adviser to Engage Cuba, a coalition of businesses and nonprofit organizations that seek closer relations between the US and the Caribbean island nation.

"They have to deliver," said Bilbao, now a business consultant and former executive director of the Cuba Study Group, a Washington-based organization that promotes human rights and market reforms. "While Fidel Castro's legitimacy rested on the fact that he was the head of the revolution, Raul Castro realizes he must deliver on economic reforms."

Among the notable changes under Raul Castro's rule: a rise in private enterprise due to government policies allowing people to get permission to set up their own businesses, according to Rowlandson.

But Joel Ross, a Latin America analyst at the risk management firm Verisk Maplecroft, based in the United Kingdom, told CNN it is important to remember Raul Castro has only loosened Cuba's economic model "slightly" so far during his presidency.

His brother's death may encourage him to nudge open the door of reform a bit more than he would have felt comfortable while his brother was alive, Ross said. But how much still remained an unknown, according to Ross.

"It is important to recognize the changes that have been brought about since Raul came to power," Ross said Saturday. "He has allowed some reforms to be enacted that Fidel would never have been OK with.

"Now that Fidel is gone, there may be a boldening, a quickening of the economic reforms ...There may be a louder voice within the Politburo, the group that rules Cuba ... from the side of the reformers, the modernizers to allow more economic progress."

Economic reforms aren't the only thing on Raul Castro's plate. He's also nearing the end of his presidency and paving the way for his successor.

In 2013, he announced that his second five-year term would be his last. That same day, lawmakers elevated Miguel Diaz-Canel to the position of first vice president, putting him in line to succeed Castro.

It was an eye-catching pick: Diaz-Canel, 52 at the time, stood in contrast to many of the octogenarian military officials who held top positions in the government.

And he was born after the Cuban Revolution.

"That makes him very different," Rowlandson said. "It means that the changing leadership is actually a generational change rather than just a change of figure."

He's known for his loyalty to Raul Castro, Rowlandson said, and they've worked together closely in recent years.

Diaz-Canel's profile, while still much lower than the Castros,' got a boost from his appointment. He subsequently led delegations to visit Cuban allies North Korea and Venezuela, and he's met with US visitors to Cuba like President Barack Obama and Sen. Nancy Pelosi.

Even though Diaz-Canel has become a more visible presence at official functions, details about the direction he could take the country remain unknown.

Trained as an electrical engineer, he has a reputation among many Cubans as a plainspoken problem solver.

His unflashy style apparently served him well. Other high-ranking officials from Diaz-Canel's generation who were seen as overly ambitious lost their positions in government purges.

There's another thing that's notably different about Diaz-Canel, a former minister of higher education: He's not a member of the military.

"That means that he might seek to find a softer approach to some of the more militarized aspects of the political system," Rowlandson said.

One big question is how Diaz-Canel will respond to forces of change bubbling up in Cuba, such as the influence of technology on communication.

As Diaz-Canel waits in the wings, Bilbao says it's likely Castro will consolidate the power of his supporters in the government to ensure a smooth transition to his successor and cement any reforms made before 2018.

It is unclear how many of Castro's titles Diaz-Canel would inherit. In addition to being President, Castro is head of the military and the Communist Party chief, roles that some Cuba watchers say is where the real power lies on the island.

Relations with the United States

When it comes to Cuba's future, the next American president may play as much of a role as Raul Castro or any reformers on the island.

While President Obama has made steps toward normalizing diplomatic relations with Cuba and reopened the US embassy in Havana, President-elect Donald Trump has sent mixed signals about how he will approach the Castro regime.

"Probably the most significant development related to US-Cuban relations is the election of Donald Trump as the next president," Eric L. Olson, associate director of the Latin American Program at the Woodrow Wilson International Center for Scholars in Washington, DC., wrote in a recent CNN opinion article.

"Trump will need to decide whether he continues down the path of greater engagement that has already begun to change Cuba, or seeks a radical reversal of course to re-establish a policy that had failed for more than 50 years to bring an end to the Castro regime," according to Olson.

In an October interview with a local CBS station in Miami, Trump blasted the Obama administration's effort to normalize relations with Cuba as a "very weak agreement," though Trump noted some sort of deal is "fine."

Trump also told CBS4 interviewer Jim DeFede that he would do "whatever you have to do to get a strong agreement," even if it resulted in breaking off recently-resumed diplomatic relations.

In September 2015, Trump said he supported President Obama's decision to diplomatically re-engage with Cuba after more than 50 years of Cold War tensions.

"50 years is enough," Trump said in an interview with the Daily Caller.

Now that Fidel Castro has died, will the Cuban government soften its stance on dissent?

Political oppression under Fidel Castro's rule undermined his achievements, such as improved access to health and education, according to Amnesty International and Human Rights Watch, which issued two reports following Castro's death on human rights in Cuba.

Activists often faced harassment and arrest for speaking out against the Castro government, the groups said.

And so far, human rights groups say, many of the same policies have remained in place with Raul Castro in power.

The Cuban government has continued to carry out several practices that emerged under Fidel Castro's rule, including surveillance, public repudiation, beatings and arbitrary detention, according to Human Rights Watch. That approach created a "pervasive climate of fear."

When Obama announced plans to normalize diplomatic relations with Cuba in 2014, Raul Castro's government granted conditional release to the 53 political prisoners that it had been holding for between two months and two years, Human Rights Watch said.

"Nevertheless, the Orwellian laws that allowed their imprisonment -- and the imprisonment of thousands before them -- remain on the books, and the Cuban government continues to repress individuals and groups who criticize the government or call for basic human rights," the group said.