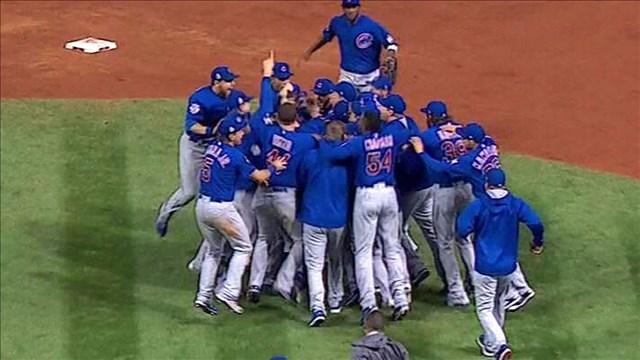 "Like so many Cubs fans, I have been waiting for this season my entire life,” said Senator Dan Coats during a resolution congratulating the Chicago Cubs’ World Series Championship on Wednesday.

According to the U.S. Senate, the resolution was introduced by Senators Dick Durbin and Mark Kirk, cosponsored by Indiana Senators Joe Donnelly and Dan Coats.

During Durbin’s remarks, he remembered sportscaster Harry Caray then went on to say the Curse of the Billy Goat is broken and the Cubs are finally back on top.

“Congratulations once again to the players, coaches, management, and the best fans in baseball,” said Durbin.

Kirk added that after 108 years, it is fitting that the Cubs would overcome a three to one game deficit and Fly the W for their first championship win since 1908.

The senators note a common trend throughout the resolution: the Cubs have ‘the best fans in baseball.'

“No one deserves this championship more than the best fans in the country. Over 5 million Chicagoans came out to watch the championship parade and show their support for this one of a kind Cubs team,” said Kirk.

Senator Donnelly says those of the U.S Senate are proud to recognize a team who brought so much pride to region.