Cubs fan talks with ABC 57 after surprise of a lifetime 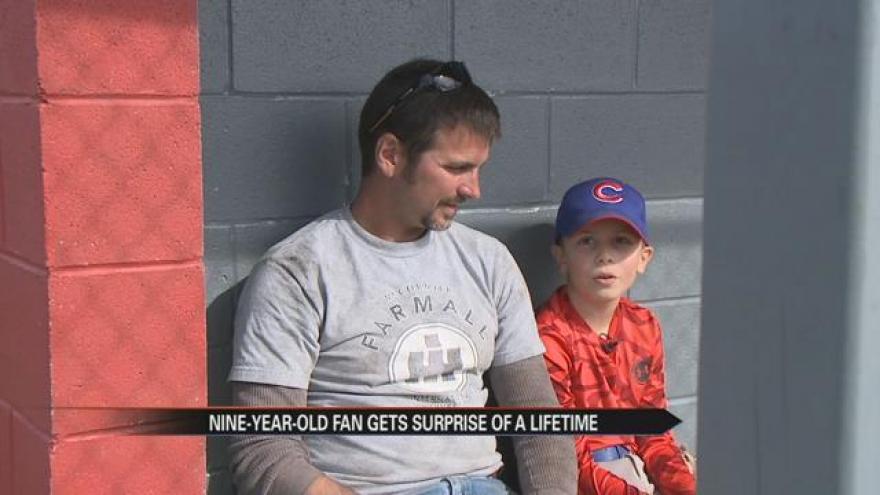 You may not know his name but you’ve probably seen his story.

Kolt’s reaction, captured on camera, warmed the hearts of millions of people across the country,

Just a few days ago, ABC 57’s Evan Sery made the long drive to meet Kolt and his dad in Pierceton, Indiana.

In just 4 quick weeks, Kolt will visit Wrigley Field for the first time.

The 9-year-old became a viral sensation after his sister posted the video on social media.

The video was the beginning of a magical month.

“I would say right now Kolt is the most famous person from Pierceton, not kidding,” said Kolt’s baseball coach.

Two weeks ago, Kolt’s sister posted the video on Facebook.

And after 10 million views, you could say the reaction has been a grand slam.

“No amount of money in the world can buy what our family is feeling right now,” said Andy Kyler, Kolt’s dad.

After a hard day’s work at his family’s farm, Andy rewarded his son with tickets to a Cubs game on June 3rd.

Just days after the video was posted, Cubs first baseman Anthony Rizzo tweeted this: “when you come to the game Kolt I’ll have BP passes waiting for you”

His teammate, Jon Lester, pitching in himself, with an offer to give Kolt and his dad, his personal seats.

“I wanted to show him what hard work does I could tell he was tired but never gave up, never left me he stayed out there I told his mom get your camera ready,” said Andy.