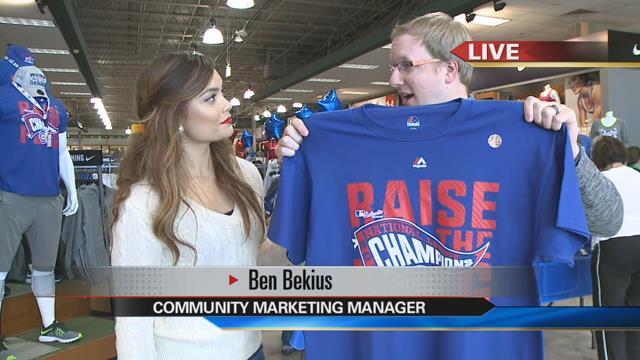 Michiana celebrates the Chicago Cubs advancing to take on the Cleveland Indians after becoming National League Champions. Dick’s Sporting Goods is ready for eager fans wanting to get their hands on some championship gear.

As Ben Bekius, the community marketing manager, explains a variety of things are being sold, but the most popular might be the tee that the team wore last night after the win.

Dick’s Sporting Goods opened this morning at 7, but before that there was already a line formed outside the store.

According to Bekius, Dick’s wants to celebrate with fans as often as possible. He says this company is one of the leading providers of championship gear.

Fans of all ages were here at the top of the morning. Brody, who is 6 years old says he’s been a Cubs fan all his life.

He even has a little fun fact for those that have not been keeping track of the Chicago Cubs record.

“In 71 years they never won a championship and then today they broke the curse,” said Brody.

Brody even showed how excited he has by stretching his arms as far as they could go.