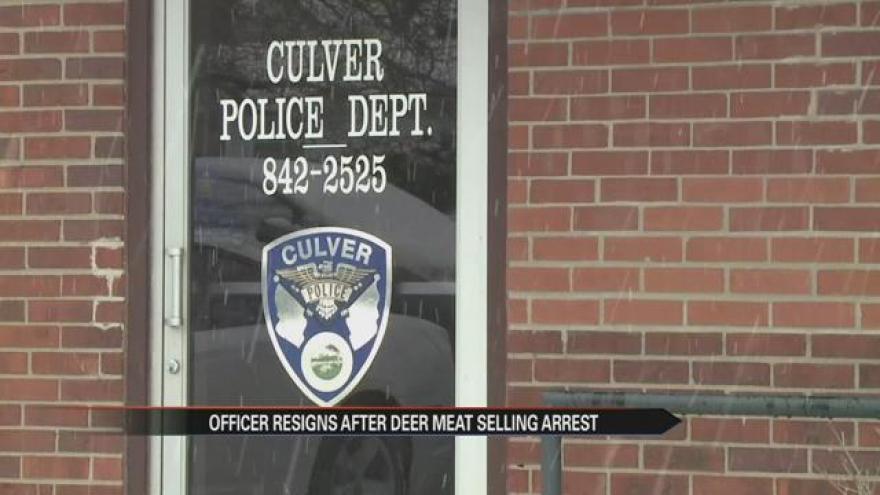 A yearlong investigation led by the Indiana Department of Natural Resources has resulted in felony charges for two Marshall County men.

One man is a former police officer.

The company is accused of poaching deer and selling the meat, which is illegal in the state of Indiana.

“Not just a couple deer. But nearly hundreds of deer that had been both legally and illegally harvested and then sold,” said Indiana Conservation Officer Jonathon Boyd.

Police said the idea of it is hard to stomach.

Especially since Strong served for more than a decade on the Culver Police Department.

“They say I’m going out and shooting dear, processing it and selling the meat. We’re not. The only thing we do here is process the meat. Turn right back around and sell it to the person who brought the meat here,” Corey explained.

Corey said he has owned and operated the company for 12 years.

He said he has never poached deer and never ripped off customers by selling their meat on the black market.

“All we do is sell the processing. We don’t sell deer meat,” said Corey.

Still, police continue their investigation. They said it is possible more people could be sited in this case.

The Culver Police Chief did not have a comment on the investigation but told ABC57 Strong resigned Wednesday.