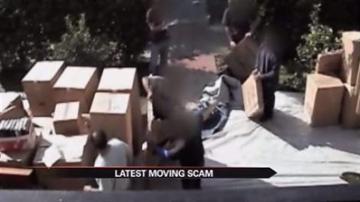 In the season of giving, many people are in danger of being taken advantage of, especially by one moving company out of Colorado.

A customer caught the movers on tape delivering broken belongings late and then forcing them to pay much more than originally agreed on.

Some customers were so fed up they went undercover with the FBI to try to find out where their things were.

Once they located their belongings, they found lots of other people's too. They even said at one point they felt their things were being held hostage.

"I actually told him 'You're not even the company that I had talked to in the first place to make this deal' and he said, Well, I'm the company that you need to be talk to now because I have your stuff," said Cameron Almond, moving customer.

The government indicted the owner of the company on 55 counts including extortion and theft.