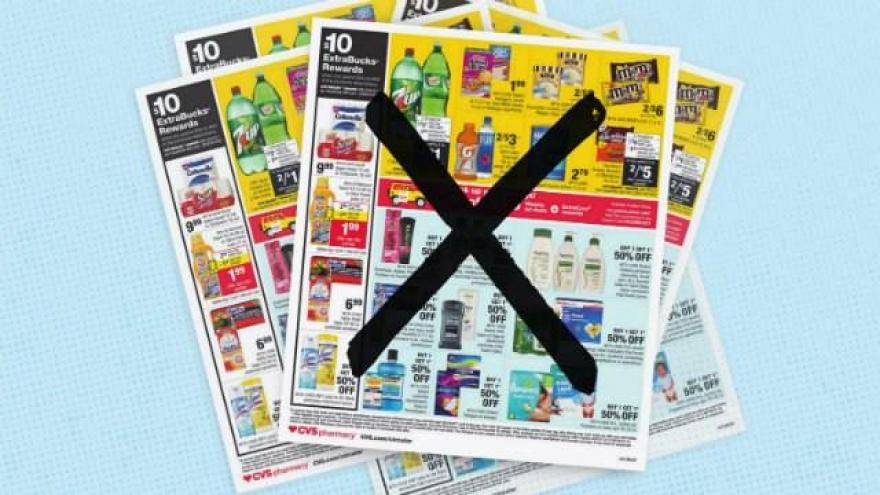 NEW YORK (CNNMoney) -- The death of newspapers by a thousand cuts continues.

Pensa said CVS isn't completely doing away with circulars, but the company plans to focus more on digital advertising.

\"[We're] moving to where our customers are and also shifting our spend to personalized [deals] through Extracare\" -- which is the CVS rewards program that allows shoppers to access coupons from their smartphones and tracks members' buying habits.

The Sunday circulars, as they're called, used to be a staple of the weekend. They were largely credited with helping to keep newspapers' beefed up Sunday editions popular during the recession -- even as online news continued to draw readers away from print subscriptions.

CVS, which has about 9,700 retail locations, spent $216 million on advertising in 2016, according to a public filing from February.

And, of course, the retailer is only lthe latest advertiser to shift money from print to digital media.

The change has strangled a primary revenue source for traditionally print-focused news outlets. That's led to hard times for local papers and tabloids across the country, which have shut down or trimmed staffing in droves over the past few years.

Even the country's leading news outlets aren't immune. The Wall Street Journal has trimmed down and ceased production of its Greater New York section. And the New York Times has suffered a run of revenue declines.