Whether it's in Michiana, across the United States or throughout the entire world, 2020's streak of heat is showing no signs of stopping. 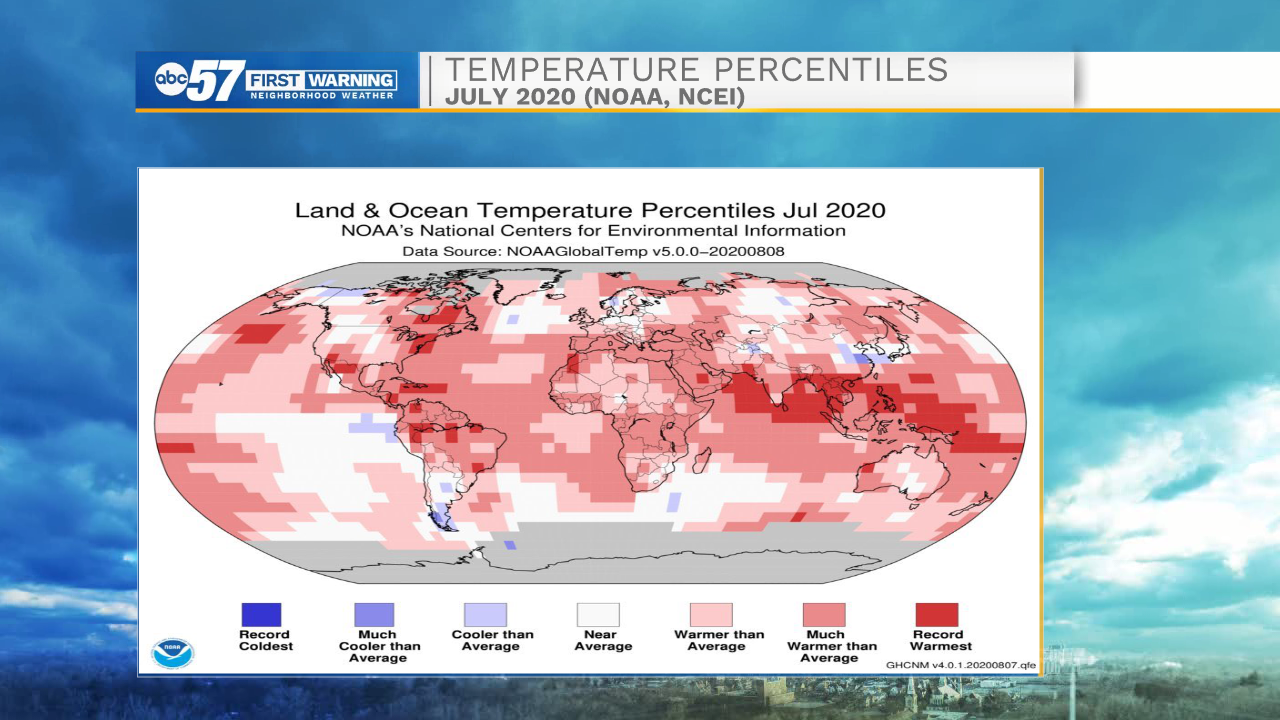 South Bend is part of the hot trend this year, too. The summer is currently tied for the 17th warmest on record. 2020 so far is even warmer, with this year currently sitting tied for 11th place for record warmth. 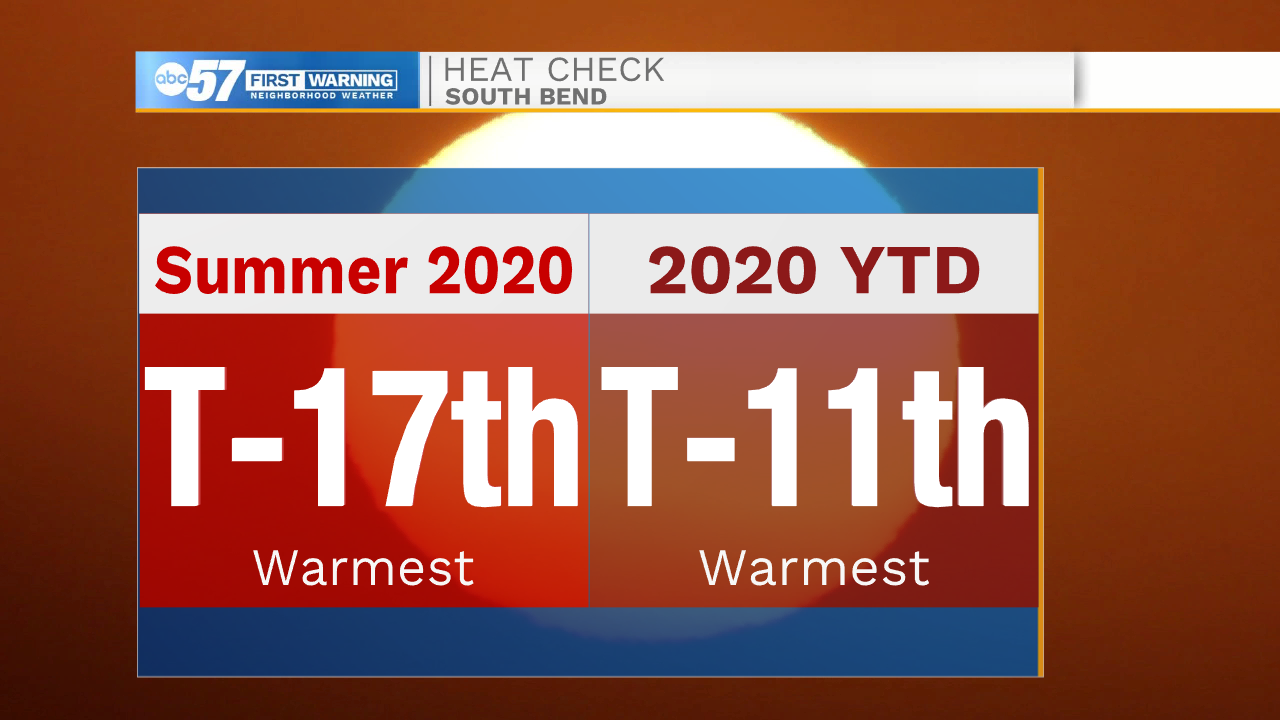 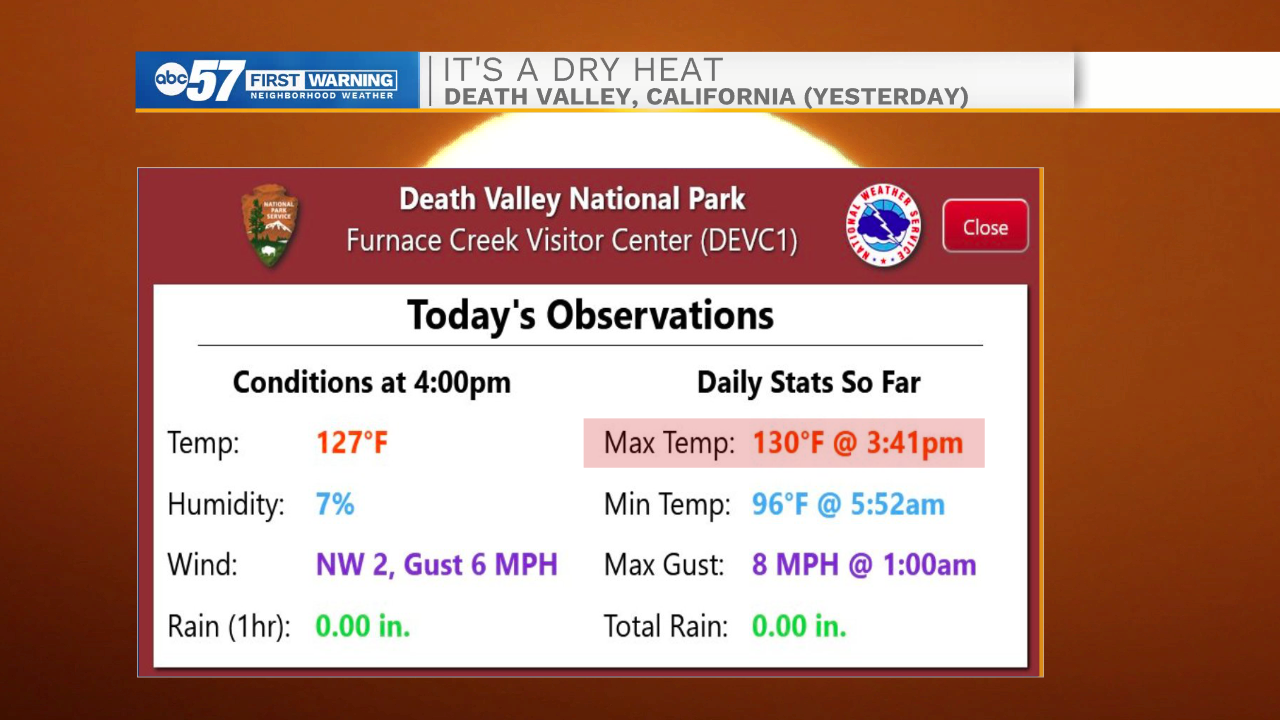 High temperatures in Death Valley could reach the 130s (that just doesn't look right as I type it) again on Monday.

Also rising with the extreme heat, along with the broken high temperature records, is the number of wildfires across the West. 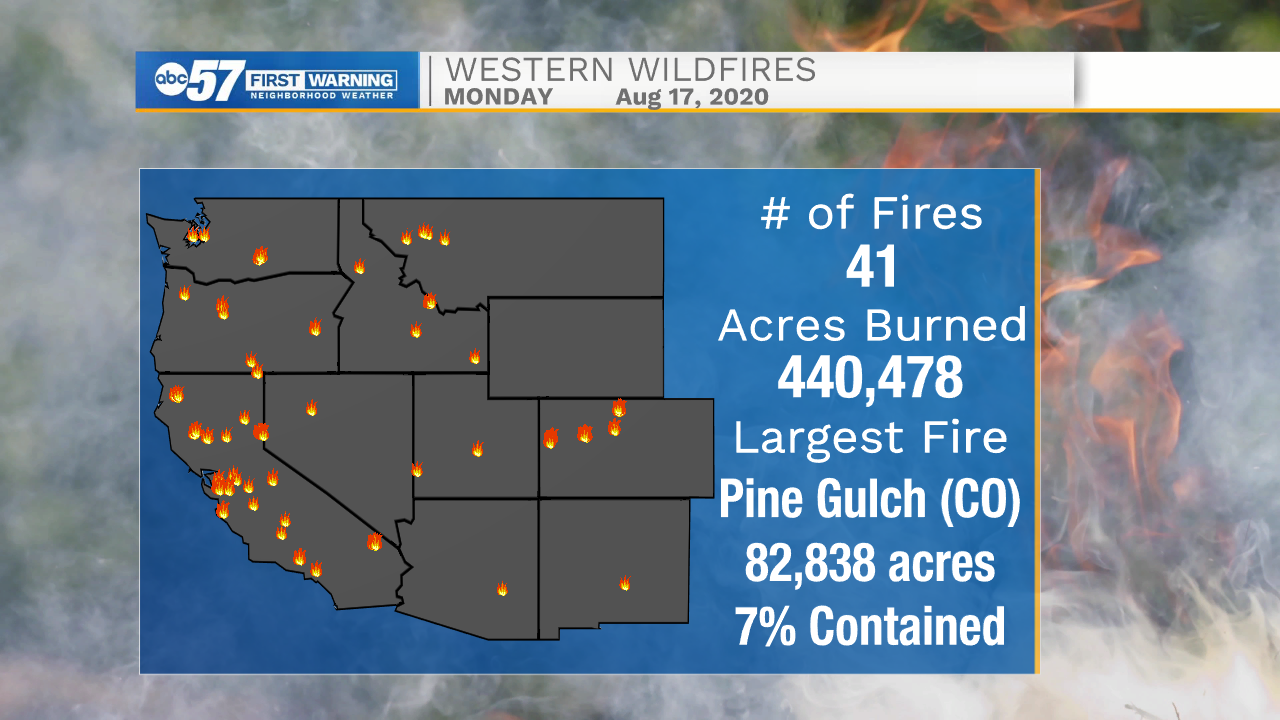 The Pine Gulch Fire, burning near Grand Junction, Colorado, is one of the largest fires currently active. Almost 83,000 acres have burned in the blaze, which is only 7 percent contained. Officials are very concerned about the weather for the next few days across western Colorado, with the potential for dry thunderstorms.

Whether it's the threat of dry thunderstorms or more excessive heat over the next week, meteorologists expect the fires already out there to get worse and for more large fires to form heading into this weekend.

So, how does this impact Michiana beyond a conversation starter at the water cooler?

A very strong ridge of high pressure is trapping the heat across the West, causing many temperature records to fall in spots like Phoenix. This "heat dome" is not moving all that much. The jet stream (or storm track) is forced to move well north into Canada, and dips back stateside over the eastern half of the United States. This means Michiana will stay relatively mild over the next week. It also means that we're cut off from moisture from the Gulf of Mexico, and instead have to rely on the typically much drier air in Canada for any hope of rain. As a result, rain is going to continue to be hard to come by until the weekend. 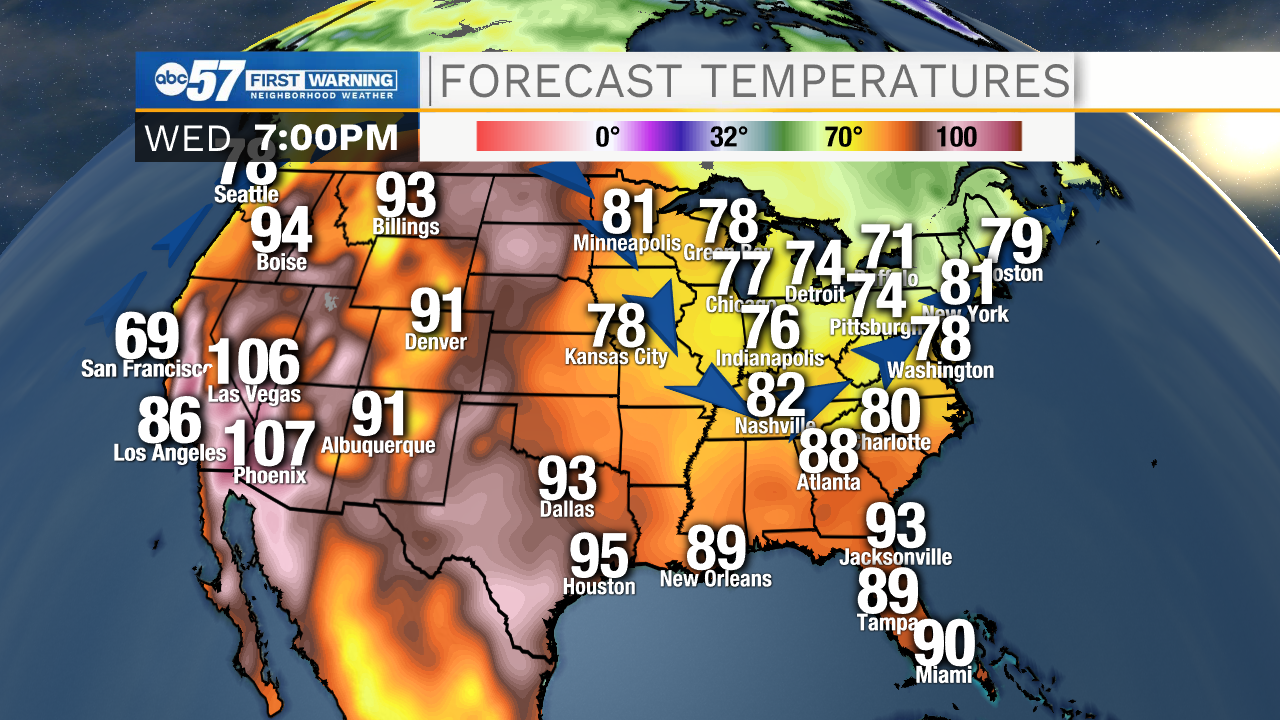 So, while we're not heading for highs in the hundreds any time soon, the heat out west is still playing a role in Michiana weather.