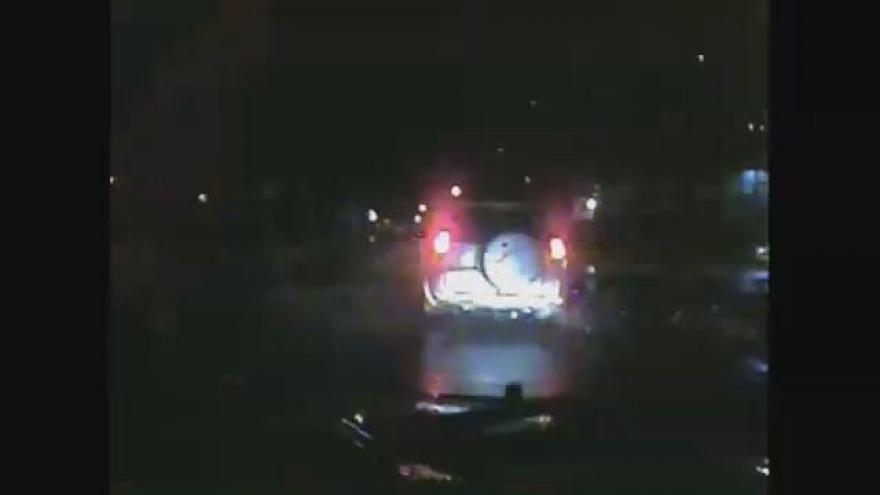 Investigators with the Fatal Alcohol Crash Team held a press conference Wednesday to discuss the fatal crash that happened Tuesday during a police pursuit. They also released the dashcam video of the pursuit.

Early Tuesday morning, a RAV 4 was reported stolen. A South Bend Police Officer spotted the vehicle while on patrol around 5 a.m.

The officer began following the RAV4 and then turned on his emergency lights.

"He signaled for that vehicle to stop," said Captain Tim Spencer, the FACT Coordinator.

The conditions at the time were not ideal for drivers.

The officer's dash cam recorded the 2 minute 38 second pursuit that ended with the RAV4 driving over a stop sign and crashing into a tree.

Two juveniles were killed and two were injured in the accident. [Related story]

"Two individuals died. Samuel Phillips, 16 years old and Jermaine Fleming, was 15 years old. They are brothers. Two other individuals were in that same vehicle. A 15 year old and a 17 year old. They are both at Memorial Hospital. One suffered a number of broken bones. The other suffered some bleeding in the brain, according to the hospital just a bit ago. They are both in stable condition and still at the hospital," St. Joseph County Prosecutor Ken Cotter said.

Phillips was driving and his brother, Fleming, was in the rear right seat and died at the scene.

"The front passenger was the 15 year old. He suffered broken bones. And then the left rear passenger was actually ejected from the vehicle upon impact and he is the one who is suffering injury to his brain," Cotter said.

Cotter said no criminal charges will be filed related to the stolen vehicle pursuit.

"Anyone who had committed a criminal act during the course of this event, we’re not able to do anything about," Cotter said.

"To say that an officer should not follow someone who is fleeing from them, who is driving a stolen vehicle doesn’t make sense," Cotter said.

That doesn't make what happened any easier - for anyone involved.

"This is a horrible thing that anyone has to go through, our hearts go out to the families," said Cotter.

The dash camera footage was shown at Wednesday's press conference and was released to the public.

"In this case, because there will not be any criminal charges, we felt it appropriate that folks are able to see exactly what Officer Gates saw when he was attempting to stop that vehicle," Cotter said.

The investigation into the crash is being handled by FACT. South Bend Police says they are also conducting a review as per protocol after every pursuit.

South Bend Police said when the crash happened the RAV4 was quite a distance in front of the SBPD patrol vehicle. It is estimated the SBPD officer was driving approximately 65 mph, with the suspect's speed higher. They added the driver intentionally avoided a Tire Deflation Device.

"As County F.A.C.T. continues this crash investigation, our hearts and deepest sympathies go out to the family and friends of the young men who tragically lost their lives yesterday, the injured, and to the police officers and medics who provided first aid and CPR," the South Bend Police Department stated in a press release.

Map of the pursuit: 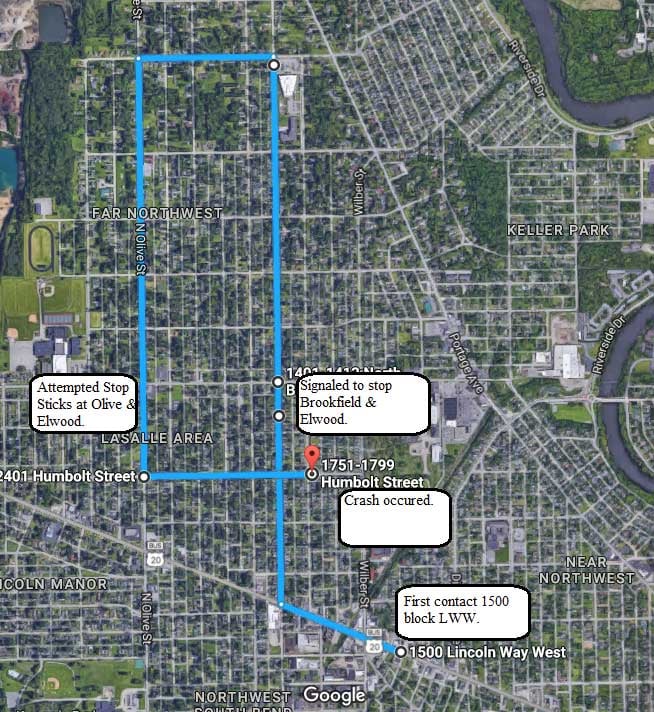