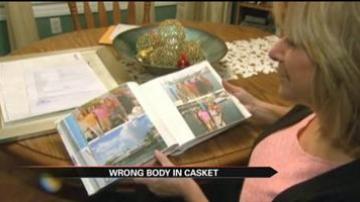 NEW JERSEY -- A New Jersey woman discovered the body in her mother's casket was not her mother.

Lisa Kondvar made the discovery that her mother's body was missing just hours before the planned wake.

Konkvar's mother died suddenly while on vacation in the Bahamas but no one could have expected this to happen too.

The family learned that another woman died around the same time, also in the Bahamas, and that is when the mix-up happened.