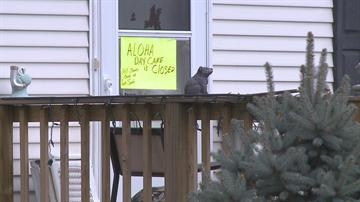 BENTON TOWNSHIP, Mich. - A daycare center was shut down Tuesday in Benton Township by the Michigan Department of Human Services after rape charges were filed against a man who lives there.33-year-old Jason Orr is accused of raping an 11-year-old girl multiple times at the Aloha Daycare Center on Zollar Street. Orr’s lived with his grandmother, the daycare’s licensed caregiver.

Orr faces four counts of criminal sexual conduct. According to court documents obtained by ABC 57 News, the 11-year-old victim claims Orr raped and molested her several times over the span of four years both at the daycare and at a public park nearby.
According to family, Orr is deaf and suffers from a mental disorder. They deny the allegations.
A spokesperson with the Michigan Department of Human Services in Lansing said Wednesday a nine-day investigation has been going on into the daycare center and the license was revoked Tuesday.
It is unknown if there are any more victims. According to documents, Orr admitted to kissing a 4-year-old girl on the lips.
Aloha Daycare Center has been open for 23 years and has served countless children.
Orr has a court appearance scheduled for November 28th.
Share this article: