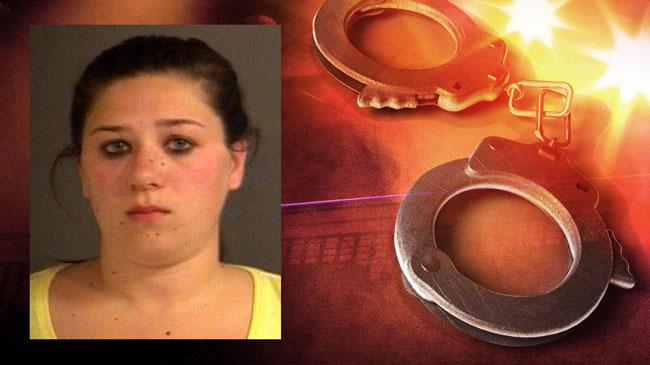 An employee of the Rainbow Daycare in South Bend was arrested for allegedly injuring an infant in her care in June 2016, according to the St. Joseph County Prosecutor's Office.

On June 7, 2016, the mother of the victim told police she had dropped off her infant son at around 6:40 a.m. at the daycare and he was acting normally.

Around 2 p.m., the daycare contacted the mother and said her son wouldn't stop crying and appeared to be in discomfort. She took him to Medpoint and was then referred to the St. Joseph Regional Medical Center for treatment of a broken arm.

The mother said she did not know how he suffered a broken arm.

While investigating, South Bend Police spoke with employees of the daycare and viewed surveillance photos.

They said the video showed the infant using both hands normally, then he was off camera with 22-year-old Marisa Jester for 26 minutes. When he was back in view of the camera he was crying and was not moving his right arm, according to the probable cause affidavit.

When police spoke with Jester, she told them she was holding the boy and she grabbed his arm so he wouldn't fall sideways. She said she didn't pull his arm, but shifted it towards her, according to the probable cause affidavit.

She said she heard a small pop from Jester, but didn't tell anyone and left work early, reports said.

A doctor reviewed the x-rays from the infant and told police the break to the infant's arm would have required considerable force. It was not something that could have occurred during the normal care of a child.

The child also would have immediately reacted and a reasonable caretaker would recognize the child was hurt.

Jester has been charged with one count of battery resulting in serious bodily injury to a person less than 14 years of age and one count of neglect of a dependent.