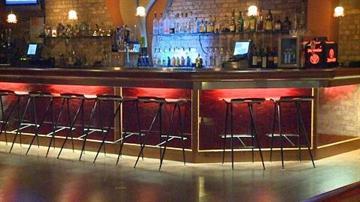 The proposal would create a resource Rouse believes is missing from South Bend, and is not being filled adequately by other groups and organizations in the area.

In 1992, the city of South Bend began paying for a small business development program which the current proposal takes its inspiration from. Fourteen years later, the common council decided to stop funding it completely.

In the five years since the program went dormant, hundreds of minority owned businesses have vanished from South Bend, according to research conducted by the firm who ran the former program for 12 years.

Some questioned the need for a new program when several other agencies and organizations currently offer business development opportunities. Rouse says the new program would work in conjunction with existing entities and serve the aggregate community.

The Chamber of Commerce was challenged at the committee meeting by Henry Davis, Jr. on several issues when claims were made that it had one of the best business development programs in the region, state and nation.

Of the 40 members of the Board of Directors for the St. Joseph County Chamber of Commerce, there are three African American members. Davis suggested the chamber look into diversifying the representation on the board.

Jeff Rea, President of the Chamber of Commerce fired back that they were always accepting nominations and suggestions of qualified individuals to serve. Rea also says there are about 1,100 business members in the chamber.

According to Rouse, there are only about 65 minority owned businesses left in South Bend.

De La Cruz says, he has been approached to become a member, but without enough revenue to cover the dues he declined. He says that was the only contact he’s had with them.

And while De La Cruz has experienced difficult times, he doesn’t see race or color as the reason why he and others have struggled to get businesses off the ground. He says, it is all about education.

He says, without knowing the proper steps, pitfalls, regulations, and a plethora of other important information, any business will soon fail. To make matters worse, De La Cruz says, minority groups are often found in low income areas where success in education is not expected.

De La Cruz also says the resources for small business owners are scattered all over the place, and there needs to be a person or program that lines them all up. “Sort of like a guidance counselor, to guide you through the process and put all those pieces together, put that curriculum together, and make all those different tools and workshops work for you and for your business model. I think it would make a world of a difference,” said De La Cruz.

De La Cruz says, the termination of the previous small business development program left a void in potential entrepreneur’s ability to make the connections quickly and easily, and to get their business off the ground so the economy can get back on track.

Starting up the new program would cost the city an estimated $179,000 which compared to $1.2 million the city paid for a piece of property, seems like a relative bargain.  However it first needs to be approved by the Common Council.

The issue will be raised once again on Nov. 14. In the meantime, council members are available for community input for and against the proposal.