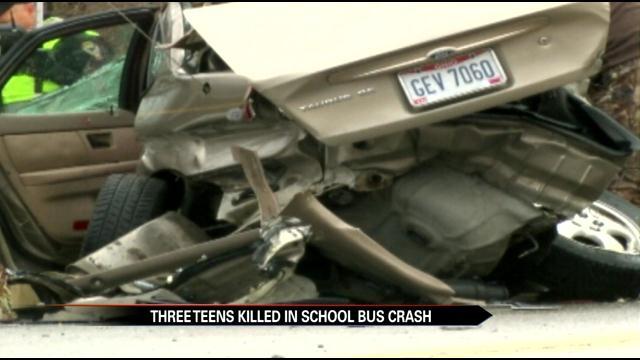 Three teens are dead after a school bus collided with a car Saturday.

Authorities say that neither driver is at fault, but the winter weather is to blame.

The school bus was carrying a basketball team from the local school district when it collided with a Ford Taurus, killing the three teens inside the car.

"I have a witness that saw the Taurus start sliding, and the school bus tried to swerve a little bit to the the left, but they ended up colliding anyway," said Ohio State Highway Patrol Trooper Eric Derrington.

None of the students on the bus were injured.

There were also three other minor accidents Saturday on the same road, all caused by the weather conditions.