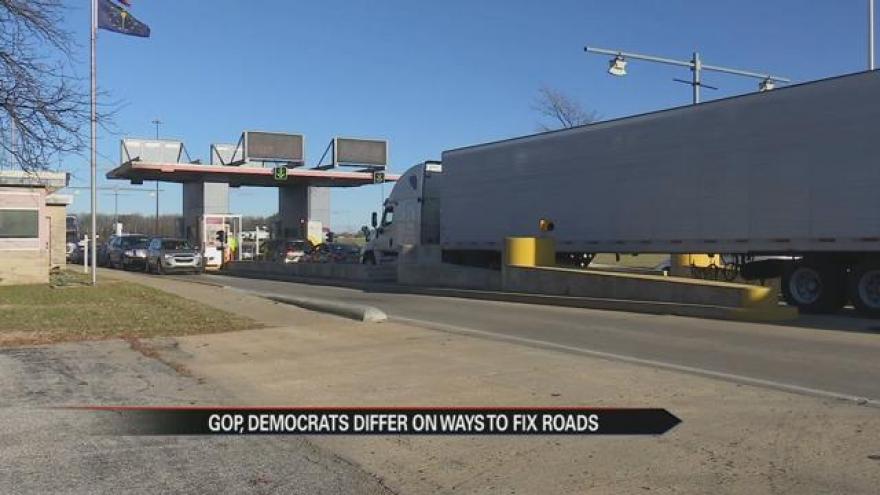 An ongoing debate in the Indiana Statehouse about how to fix Indiana’s roads and bridges continues. On Monday, House Democrats unveiled their proposal, an alternative to the Republicans’ plan.

In late January, the House Roads and Transportation Committee approved the House Republicans’ plan, a twenty year plan, which calls for a hike in the state’s gas tax as well as an increase in vehicle fees. If that proposal passes, Hoosiers would spend at least $60 more a year on gas and fees.

The Indiana Department of Transportation told lawmakers that they need a billion dollars a year to fix aging roads and bridges.

The Democrats plan would provide $800 to $900 million dollars each year without raising taxes or creating new tolls. Also, they would create local road loans and freeze tax rates charged to corporations and financial institutions.

Democrats say they’d rather use resources they already have than shift funding around and make people pay more money.

The proposal will go before the Ways and Means Committee later this week. The plan will be discussed again once it reaches the entire House. Whichever plan ends up passing, it wouldn’t take long for it to go into effect, just five months.