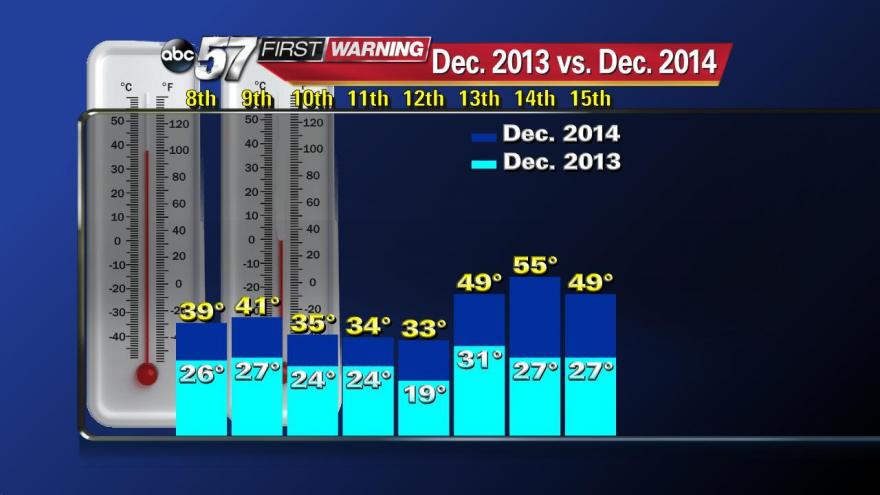 SOUTH BEND, Ind. - It's only the start of winter 2014-2015, but we're already feeling a difference. The early snow and cold in November may have been a shocker but December 2014 is milder and less snowy than last year. This is on part with the outlook we posted at the beginning of the month.

Looking ahead temperatures are expected to be at or just above normal, with not major rain or snow makers in the next 7 days (Fig 2). There is the possibility of a white Christmas, click here and watch the latest weather webcast.