Deer tries to settle the score with driver who hit it 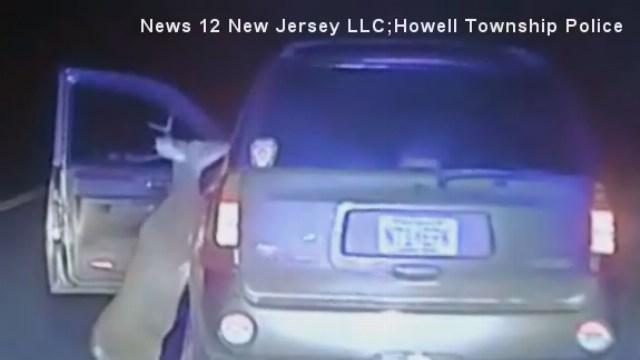 A New Jersey woman was driving down a road, when -- bam! -- she hit a deer that had crossed her path. The deer took off -- or so she thought.

As the driver, Ellen Snyder, opened the door to check out the damage to her SUV, the deer suddenly charged back across the road towards her vehicle, pinning her inside.

"It was trying to get in. I don't know exactly why," Snyder told CNN affiliate News 12 New Jersey. "I just grabbed a handful of antlers and tried to keep him from killing me."

A police officer who happened to be driving by caught the whole thing on his dash cam.

"I'm glad that I did see it because if I didn't, I probably would have never been able to believe that it actually happened," patrolman Nicholas Austin said.

Snyder had to kick the deer to get it out of her vehicle.

The deer did not survive this close encounter, but you can't blame it for running back across that road. Snyder hit it first, after all.