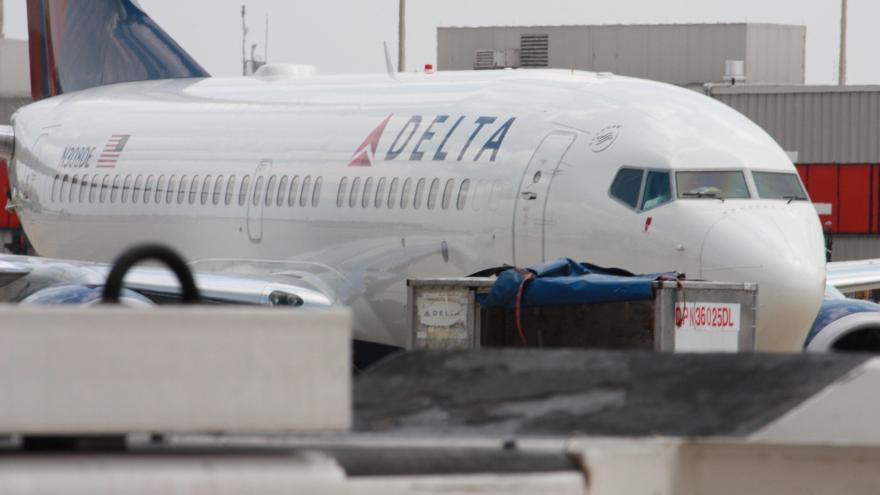 SAN FRANCISCO (CNNMoney) -- There's something missing from the movie "Carol," at least if you are watching it on a Delta Air Lines flight. Passengers are upset that the airline is showing an edited version of the movie that takes out a sex scene and a same-sex kiss.

The Todd Haines movie depicts an affair between two women in the 1950s and stars Cate Blanchett and Rooney Mara. The theatrical release of the movie was rated R and showed some nudity.

Delta does not actually edit any of the movies that are shown on its flights. It doesn't have the rights to make any changes to the films. Instead, the airline can request one of two versions of a film from the studio that released it: the version shown in movie theaters or an edited version.

How it chooses between the two is based on overall content. In this case, Delta says it went with the cut version because of nude scenes in the film, not the kissing.

"If we were worried about kissing we wouldn't be showing the film, but because there are scenes with more than a few seconds of nudity, we opted for the edited version instead of the theatrical version," said Delta spokesperson Liz Savadelis in a statement.

"Caro" screenwriter weighed in the flap with a tweet.

United said it didn't offer any version of "Carol" on its flights, despite reports that it was showing the full movie. American did not respond to a request for comment.

It's unclear why Miramax decided to share the version it did, and if it edited out the kiss in response to any specific requests from clients, like airlines. The company did not return a request for comment on Friday.