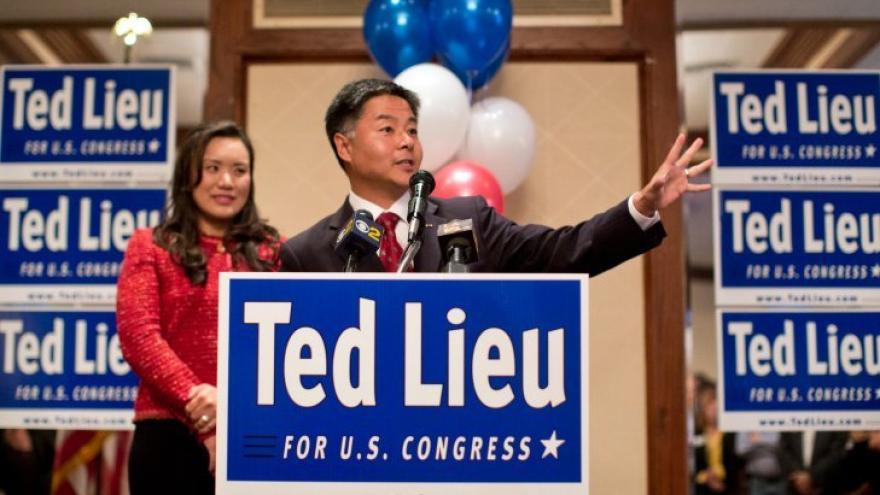 (CNN) -- A Democratic lawmaker walked out of a moment of silence for the Texas shooting victims on Monday night to protest a lack of action on gun safety after mass shootings in the United States.

Rep. Ted Lieu of California, an outspoken critic of President Donald Trump, said he walked out of the House chamber because he wants to pass a universal background check law, a ban on assault rifles and a ban on bump-fire stocks.

"My colleagues right now are doing a moment of silence," he said during a Facebook Live from the hallway. "I respect their right to do that and I myself have participated in many of them. But I can't do this again. I've been to too many moments of silences. Just in my short career in Congress, three of the worst mass shootings in US history have occurred. I will not be silent. What we need is we need action, we need to pass gun safety legislation now."

He continued: "I urge us to pass reasonable gun safety legislation ... We need to do that. We cannot be silent. We need to act now."

When asked later by HLN's Carol Costello if he meant to politicize the moment, Lieu clarified his intentions.

"I view it as doing my job to highlight this issue because you don't want Congress to just do moments of silences every time a mass shooting happens," he said in an interview Tuesday. "You want us to take action to try to prevent the shooting from happening in the first place."

Gunman Devin Patrick Kelley, who killed 26 people inside a small Texas church on Sunday, was armed with an assault rifle and 15 loaded magazines in the deadliest shooting in Texas history.

Kelley was denied a license to carry a gun, Texas Gov. Greg Abbott said. But he passed a background check required for the purchase he made in April 2016 of the Ruger AR-556 rifle he allegedly used in the shooting.