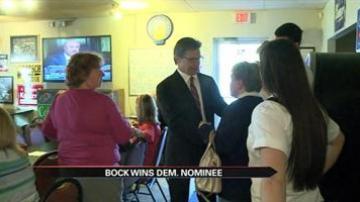 SOUTH BEND, Ind. -- Democrat Joe Bock won the 2nd District Congressional nomination with nearly 60-percent of the votes. He oversees the global health training program at Notre Dame, but says he wants to be clear, that doesn't mean he will represent the school. He intends to represent all of northern Indiana with his experience in both crisis and violence prevention.

Bock will face off against current congresswoman and Republican Jackie Walorski in the fall, and says he would have a much different approach in D.C., including bringing a moderate approach to this district.

"We need a problem solver, rather than somebody engaged in partisan bickering. The games need to end, and we need people to come in and address the problems that our government is facing," said Bock.

Incumbent Walorski responded with, "We're just staying focused on building a track record of trust, I let people know I would come here and work for them and I have."