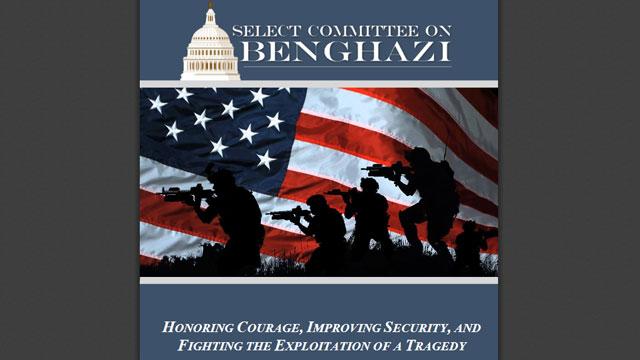 WASHINGTON (CNN) -- Democrats on Monday pre-empted the upcoming release of a Republican-led House Select Committee report on Benghazi by issuing their own version of a probe into the 2012 terror attack that killed four Americans on Hillary Clinton's watch as secretary of state.

The move by Democrats on the panel was designed to debunk the conclusions of the committee's majority report that is expected to be highly critical of Clinton.

"We have been hampered in our work by the ongoing Republican obsession with conspiracy theories that have no basis in reality," said the Democratic report, which underscored the fierce political divisions between Republicans and Democrats over the attack on a U.S. consular post and a CIA annex in the Libyan port city. "Rather than reject these conspiracy theories in the absence of evidence -- or in the face of hard facts -- Select Committee Republicans embraced them and turned them into a political crusade."

"We hope our report will put to rest the conspiracy theories about Benghazi once and for all and return the focus to where it belongs---on the goal of improving the security of Americans serving abroad," the report continued.

The Democratic report was released as the general election heats up. It argues that the Pentagon could not have done anything on the night of the attacks in Benghazi on September 11, 2012, that would have saved the lives of U.S. Ambassador to Libya Chris Stevens and three other Americans. Republicans have accused the Obama administration of failing to deploy military assets to rescue the Americans.

The report concludes that State Department security measures in Benghazi were "woefully inadequate" but that Clinton never personally denied any requests for additional security in Benghazi. It denies the intelligence community was influenced by politics in its response to the attacks and that its evolving explanations on its causes were the result of evolving information in fast changing circumstances, not meddling by administration officials.

The Democratic report was simultaneously an indictment of the work and structure of the committee, set up by former House Speaker John Boehner in 2014, as much as a look into the events in Benghazi. All along, Democrats have branded the probe as nothing more than a partisan witch hunt targeting Clinton rather than another attempt to establish the facts about Benghazi.

"Decades in the future, historians will look back on this investigation as a case study in how not to conduct a credible investigation," the Democratic members wrote. "They will showcase the proliferation of Republican abuses as a chief example of what happens when politicians are allowed to use unlimited taxpayer dollars -- and the formidable power of Congress -- to attack their political foes."

The Democratic report includes 12 recommendations, that include suggestion for improving State Department security at U.S. posts overseas but also take aim at Republicans on the committee who it accuses of politicizing the Benghazi tragedy.

"Congress should not establish or use future investigative select committees or panels for political purposes including to impact elections or to raise campaign funds," the report said.