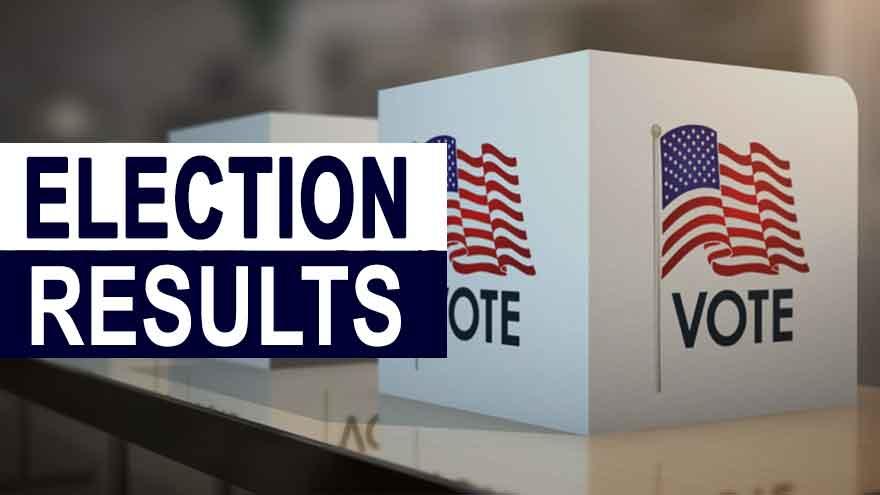 Northam's win is a huge boost for Democrats desperate for their first swing state victory during President Donald Trump's tenure in office. It comes amid what looks like a blue wave along the East Coast, with Democrat Phil Murphy also winning the governor's race in New Jersey and a swath of northern Virginia state legislative seats on course to flip into Democratic hands.

Northam overcame a Trump-style television advertising barrage from Gillespie, whose ads accused him of being soft on MS-13 gangs by voting against a bill banning sanctuary cities. Gillespie also echoed Trump's calls to keep Confederate monuments in place.

Murphy defeated Lt. Gov. Kim Guadagno in a state where Christie's unpopularity -- with approval ratings in the teens, making him the least-liked governor in the country -- proved too much to overcome.

Northam went into the day to capitalize on a surge in voter turnout in Virginia's northern suburbs near Washington and deliver the party its first big win in the Trump era. Gillespie, a former lobbyist and George W. Bush aide, was attempting to show Republicans who had previously kept their distance from Trump a way to embrace the President's policies on the campaign trail.

Elsewhere in the country, New York City, Atlanta and other cities are electing mayors. And in Utah, voters will select a replacement for the retired former Rep. Jason Chaffetz.

Gillespie has mimicked Trump's tactics -- attacking Northam over sanctuary cities while saying he would not remove Confederate Civil War monuments. A Gillespie mailer also referenced the controversy over protests by NFL players. "You'd never take a knee ... so take a stand on Election Day," the mailer reads.

But he has kept personal distance from Trump: The two didn't campaign together at all, despite Trump visiting his own golf course in Virginia 15 times after Gillespie won the Republican nomination.

Republicans nationally are closely watching to see if Gillespie's approach works or whether he got too close to Trump for suburban voters' comfort, or strayed too far away from the President to win over his rural, white base.

Northam, meanwhile, has struggled to motivate the black voters who make up the Democratic base. Former President Barack Obama urged Democrats not to get "complacent" in non-presidential elections during an October rally with Northam in Richmond.

Preliminary exit polls found that Gillespie's focus on keeping Confederate monuments in place could be popular with Virginia voters -- particularly Republicans and independents. Ninety-five percent of Republicans said the monuments should remain in place, and nearly eight in 10 independents agreed. Meanwhile, about seven in 10 Democrats said the statues should be removed.

Helping Northam, though, could be Trump's 43% approval rating among those who voted, according to the preliminary exit polls. Fifty-five percent of Virginia voters said they disapprove of how Trump is handling his job.

The Virginia race carries national importance as a gauge of how voters are reacting to Trump a year into his presidency -- and also because the state is a proving ground for both parties' approaches in the 2018 midterm elections, when Democrats hope to take control of the House and Republicans seek to expand their 52-48 Senate majority.

The election takes place with Trump overseas on a 13-day Asia trip. The President had thrown his political capital heavily behind Sen. Luther Strange in an Alabama Republican Senate primary in September -- but Strange lost to former judge Roy Moore, and Trump has been much less involved in subsequent races, although he continues to tweet to help Gillespie.

The Virginia race has caused national Democrats anxiety for weeks. Northam has struggled to pull away in a state Obama carried twice and Hillary Clinton won in 2016.

Republicans have an advantage in a Utah special election to replace the retired former House oversight chairman Jason Chaffetz. There, Provost Mayor John Curtis is expected to cruise to an easy victory.

In New York City, Mayor Bill de Blasio -- who campaigned with Vermont Sen. Bernie Sanders and has fashioned himself as a leading progressive voice -- appears to be on track to win a second term. It's one of many mayoral races across the country taking place Tuesday.

In Virginia, Democrat Justin Fairfax is running for lieutenant governor against Republican Jill Holtzman Vogel, a state senator known for her sponsorship of a 2012 bill that would have required women seeking abortions to undergo vaginal ultrasounds. Social issues are prominent in another statewide race in Virginia, as Democratic attorney general Mark Herring faces Republican challenger John Adams, who has hit Herring for his refusal to defend Virginia's same-sex marriage ban in court.

Across the country in Washington, a state senate match-up will decide whether Democrats take control of the chamber -- and therefore land the "trifecta" of control of both chambers of the state legislature and the governor's office.