Dempsey: US has a winning strategy to defeat ISIS 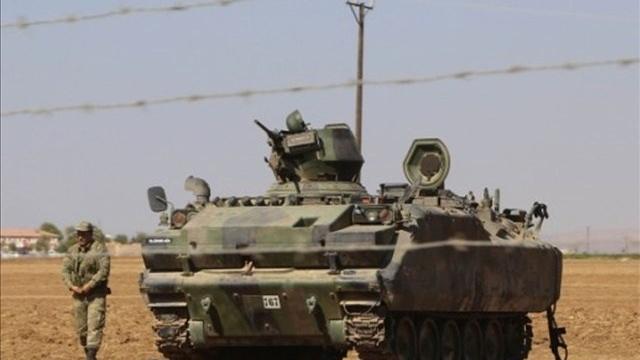 (CNN) -- The U.S. has a "winning strategy" to defeat ISIS, the chairman of the U.S. Joint Chiefs of Staff told CNN exclusively Wednesday, adding that he "can't foresee" sending "large ground combat forces into Iraq."

Gen. Martin Dempsey also touched on his concerns about the spread of the Ebola virus and what's more to come in the coalition battle against murderous Islamic extremists.

ISIS has inched closer to the Iraqi capital Baghdad this week and sustained battle for strategically important Anbar Province. Phillips asked Dempsey if he thought it was possible that ISIS could gain control of Baghdad.

"I'm confident we can assist the Iraqis to keep Baghdad from falling," he answered.

"I don't see that happening," he said of a scenario in which ISIS gains control of the Iraqi capital.

However, Iraqi forces, some of whom abandoned their posts when ISIS began its assault on Iraq, need more training, Dempsey said.

Yet they "have established a fairly formidable defensive perimeter around Baghdad" that Dempsey considers "a very thick and deep defense."

Dempsey also revealed to Kyra Phillips that the international coalition's operation against ISIS has a name: "Inherent Resolve."

To the chairman, the name means that "we need to be able to be credible and sustainable over time in order to accomplish the mission that we've been given."

Dempsey repeated what he said before Congress weeks ago, stressing that doesn't see a need to put troops on the ground in the fight against ISIS.

But he also told Phillips that "war is discovery" and that if the situation evolves to the point where ground troops are necessary, he will evaluate that and make recommendations to President Barack Obama.

But he was firm on the controversial notion that American troops would once again head back into Iraq to fight after being involved in a conflict that stretched from 2003 to 2011.

There are 12 teams of military advisers in Iraq now, he said.

On Tuesday, he said, the U.S. got a "significant commitment" from other members of the international coalition to add advisory teams. Dempsey said the plan is to set up three bases where the U.S. and others can train Iraqi security forces who are battling ISIS on the ground, along with Kurdish fighting forces.

He then repeated that "war is discovery," stressed that ISIS is a "national security threat" and said that airstrikes alone will not beat ISIS.

The strikes have forced ISIS to change "the way it's moving" and degraded the militants' supply bases.

Fighting ISIS is going to take "patience," he said, so it's critical that the U.S. and the coalition show progress soon.

For now, "we're on the right path," Dempsey said.