Deputies identify woman killed in accident on US421 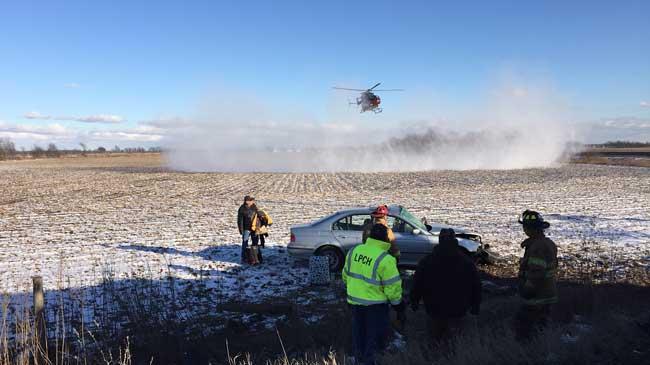 A woman from West Lafayette, Indiana was killed in a vehicle accident on US421 Thursday afternoon, according to the La Porte County Sheriff's Office.

The sheriff's office says a Pontiac Grand Prix driven by Ryan Halcarz was traveling southbound on US421 near CR 1400 S when he attempted to pass in a no-passing zone and lost control of his vehicle.

The Grand Prix ended up on the railroad tracks and Tudor's vehicle ended up in a field.

Tudor was extricated from her vehicle and taken to Porter Hospital. Her passenger was not injured.

Tudor was pronounced dead at the hospital at approximately 4:30 p.m. CST.

Halcarz tested negative for alcohol, according to the sheriff's office.

He was cited for passing in violation of signs or markings.