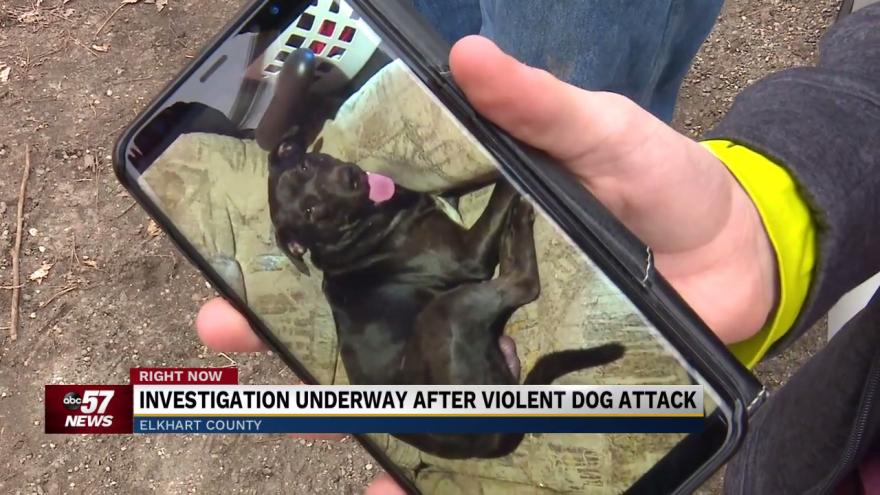 ELKHART COUNTY, Ind. -- Deputies helped rescue a man who was seriously injured by two dogs on Christmas Day, according to the Elkhart County Sheriff's Office.

Deputies  were called to the 25000 block of Berry Street on Wednesday for a report of two dogs attacking a man in the back yard.

When deputies and medics arrived, they were unable to get to the man because of the two dogs.

A deputy attempted to distract the dogs, but the dogs charged, reports said.

The deputy discharged his firearm and shot both of the dogs, reports said.

One of the dogs died on scene. The other fled, but returned to the scene and was taken into custody by the Humane Society of Elkhart County.

The victim, 43-year-old Billy Shoemaker, was taken to the hospital for treatment of serious injuries.