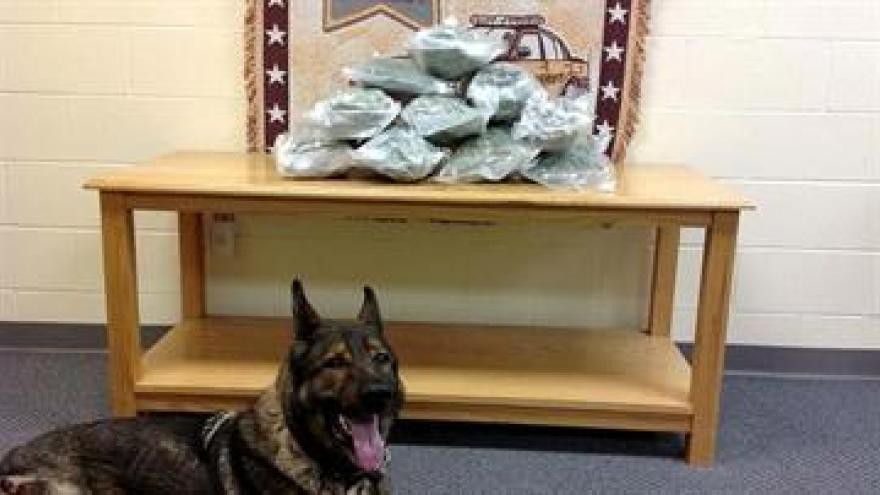 LAGRANGE COUNTY, Ind. – A Pennsylvania man was arrested in LaGrange County for allegedly possessing 9 pounds of marijuana and 3 grams of cocaine in his vehicle, according to arrest reports.

LaGrange County deputies were dispatched to the area of 5250 W SR120 for a call of a suspicious person who appeared to be trying to gain access to a residence.

When deputies arrived, they found Ryan Michael Chiappeta of Beaver Falls Pennsylvania wearing only a t-shirt. He appeared to be lost.

Deputies discovered Chiappeta had a minor accident. He claimed he was lost and believed he was at his girlfriend’s home in Pennsylvania.

Deputies believed illegal drugs may be involved, so the K-9 Tyson was deployed to sniff the vehicle.
The K-9 alerted to the presence of illegal drugs.

A thorough search of the vehicle by deputies led to the discovery of 9 pounds of marijuana and approximately three grams of cocaine.