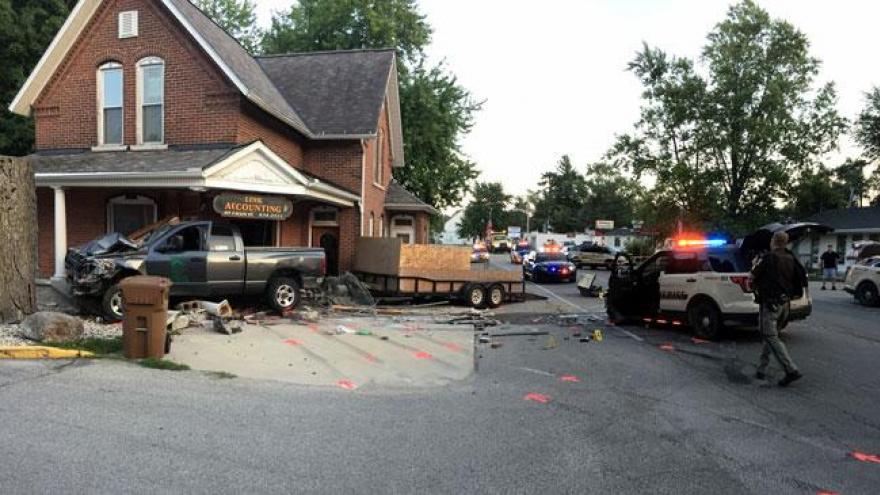 The Kosciusko County deputy who has been on administrative leave since the shooting on July 27 in North Webster will return to work after he is cleared medically. The prosecutor’s office will not be filing any criminal charges against Deputy Don McCune, according to the Kosciusko County Sheriff's Department.

McCune shot Alexander Jackson when he repeatedly rammed his truck into McCune’s patrol vehicle, according to the sheriff’s office.

Jackson has since been released from the hospital and taken into custody. He faces multiple charges related to the alleged road rage incident that led up to the shooting in North Webster.

Kosciusko County Sheriff C. Aaron Rovenstine stated in a press release, “I have received a letter from Kosciusko County Prosecuting Attorney Daniel H. Hampton, stating that the State of Indiana will not be filing any criminal charges whatsoever against Deputy Sheriff Don McCune, for any and all actions taken by our officer on July 27th, 2016.”

He continued, “With this information from the Kosciusko County Prosecutor’s Office, I feel it is appropriate, pending Deputy McCune’s medical release, that he be returned to active duty at that point of time. I have felt since the initial event occurred that Officer McCune acted properly within the law, as well as in accordance to our use of force policy.”