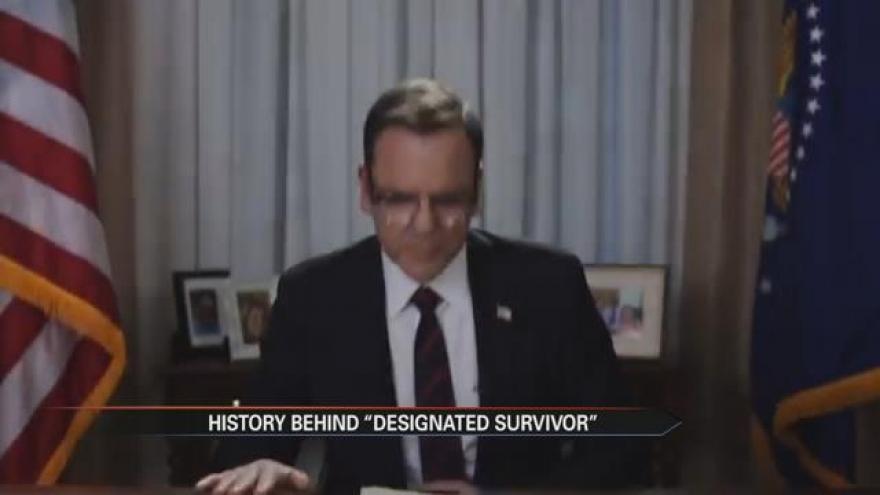 It tells the story of a cabinet member, played by Kiefer Sutherland, kept out of harm’s way during the State of the Union.

“It looks like a great show, and Kiefer Sutherland, I think, is a great actor,” Dr. Jonathan Nashel, an IUSB history professor said.

While Kiefer Sutherland is just acting in the show,  the concept playing out is anything but fake.

“It’s true, which is amazing. Hollywood doesn’t make up everything,” Nashel said.

As in the show, the real designated survivor sits out the State of the Union and other big speeches.

He or she then waits at an undisclosed location, ready to take over the presidency if something happens to the Commander in Chief and those next in line.

Unlike the show, none of the real designated survivors have had to follow through and take the oath of office.

Nashel says the designated survivor concept started during the Cold War in reaction to the creation of nuclear weapons.

“Americans were deeply, deeply afraid that they might be annihilated,” Nashel said.

While the threats to the country have changed over the years, the designated survivor concept has stayed.

Three of the real-life designated survivors got their starts in Michiana.

Two earned degrees at the University of Notre Dame.

One earned an honorary law degree and spoke at the 2011 commencement.

Then there’s Dan Glickman, a University of Michigan alum with a very interesting tale of his night as next in line.

Nashel says Glickman has presidential treatment that night as he visited his daughter in Manhattan.

“Once the speech was over and everyone was fine, the Secret Service said, ‘good luck Buddy, see you later,’ and he had trouble catching a cab after that,” Nashel said.

While Glickman’s evening may not be as exciting as the one depicted in the show, Nashel thinks fans may take interest the history of it all.

“I call this the 'Hamilton effect'. Whereby 5 years ago, my students rolled their eyes when they heard the word Alexander Hamilton, and now everyone can’t get enough of Hamilton, and everyone’s singing it,” Nashel said of the Broadway musical and pop culture phenomena.

Nashel says he thinks this could be the start of a new fan base, or at least understanding for this hardly-known governmental practice.

“If Kiefer Sutherland makes this show a hit, we will see a much more coherent idea of what is a designated survivor,” Nashel said.