Despite a rainy weekend, there's a mid-November lack of rain and snow

NOW: Despite a rainy weekend, there’s a mid-November lack of rain and snow

We are coming off of a rainy weekend, but unfortunately there's still a precipitation deficit after the first half of November.

This image from RADAR shows estimated rain totals from Saturday to Monday morning (November 14-16). There are a few isolated areas in yellow, meaning they picked up over an inch of rain. The rest of Michiana is in green, meaning less than an inch of rain. For example, South Bend picked up just 0.45" of rain over the course of the weekend. Even though it seemed like it rained a lot over the weekend, most of it fell as lighter showers. 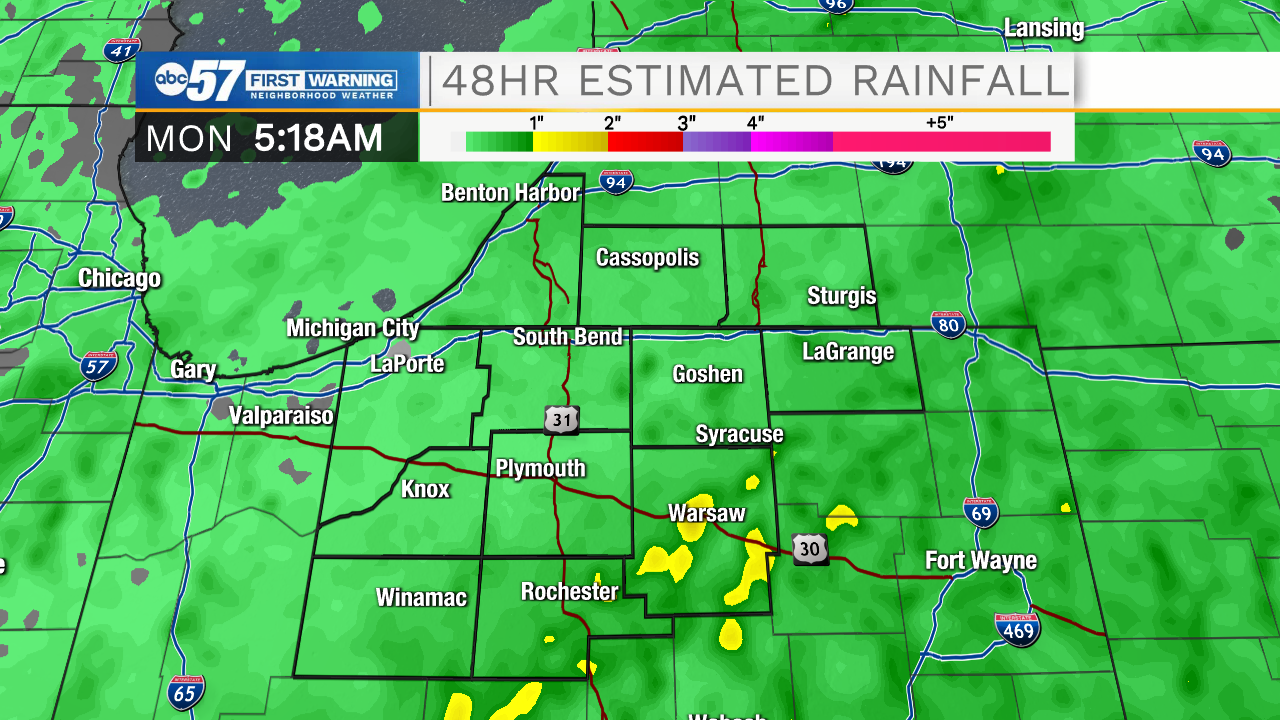 Through November 15, it has rained 0.81" in South Bend. Interestingly enough, the deficit for the month so far is also 0.81" of rain. Normally by this point we have 1.62" of rain, so we are exactly halfway to this amount. 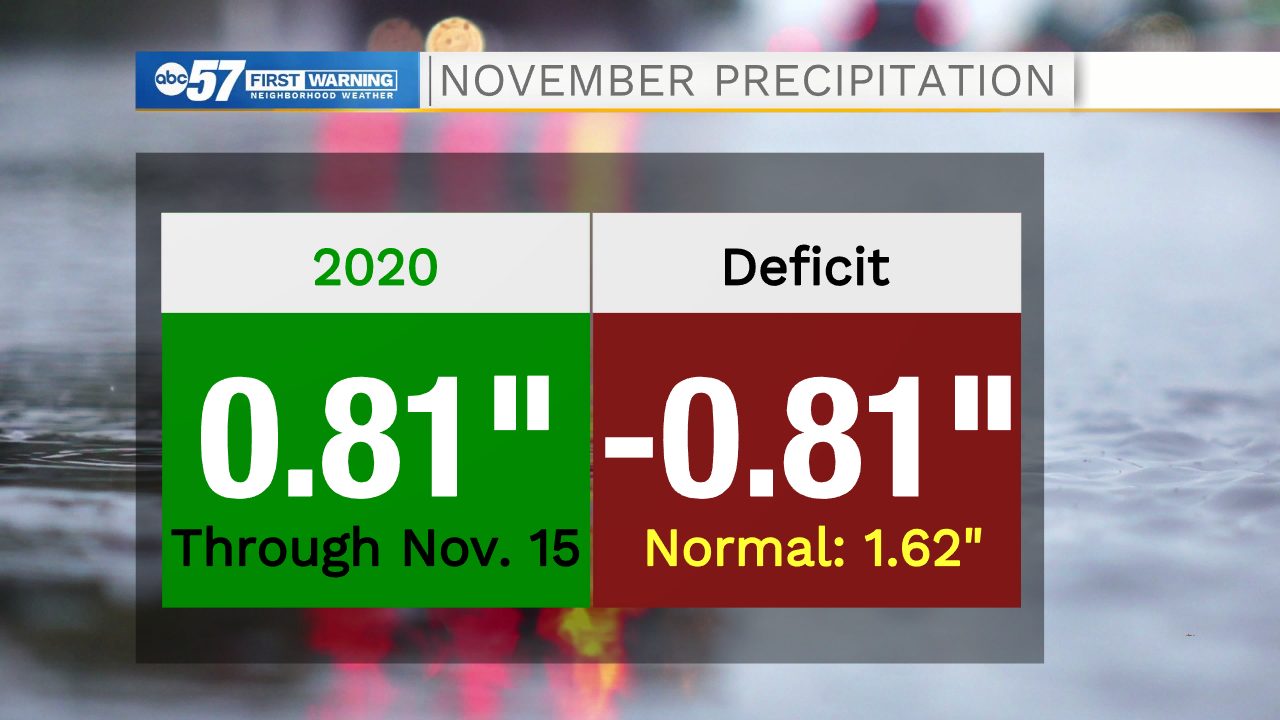 It's November-- doesn't that mean our precipitation should be falling as snow? We would normally expect to see around an inch and a half of snow by mid-November in South Bend, but as of now, we just have a trace amount. We have yet to have any measurable snow this fall.

Compare our trace amount to 2019: by mid-November, it had already snowed over six inches! Normal November snowfall in South Bend is 4.8 inches. We have set plenty of records in 2020, but maximum snowfall for November won't be one of them. The previous record is over 30 inches of snow back in 1977. Instead, South Bend could be on track to have one of the least snowy Novembers ever if we continue the current trend. 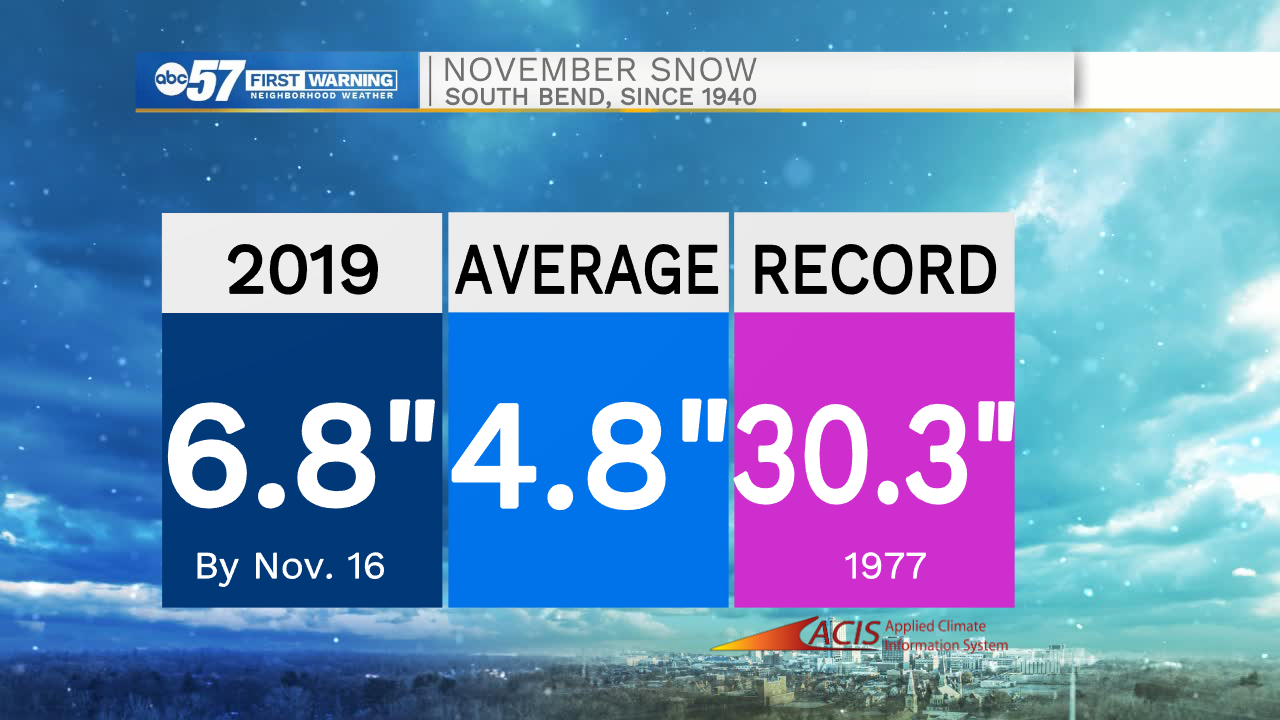 Of course, we still have the rest of the month where we could potentially get closer to "normal" November snow totals. This map from the National Weather Service shows average snow totals by location. Darker blues in the map mean a higher amount of snow, while lighter blues relate to less average snow. 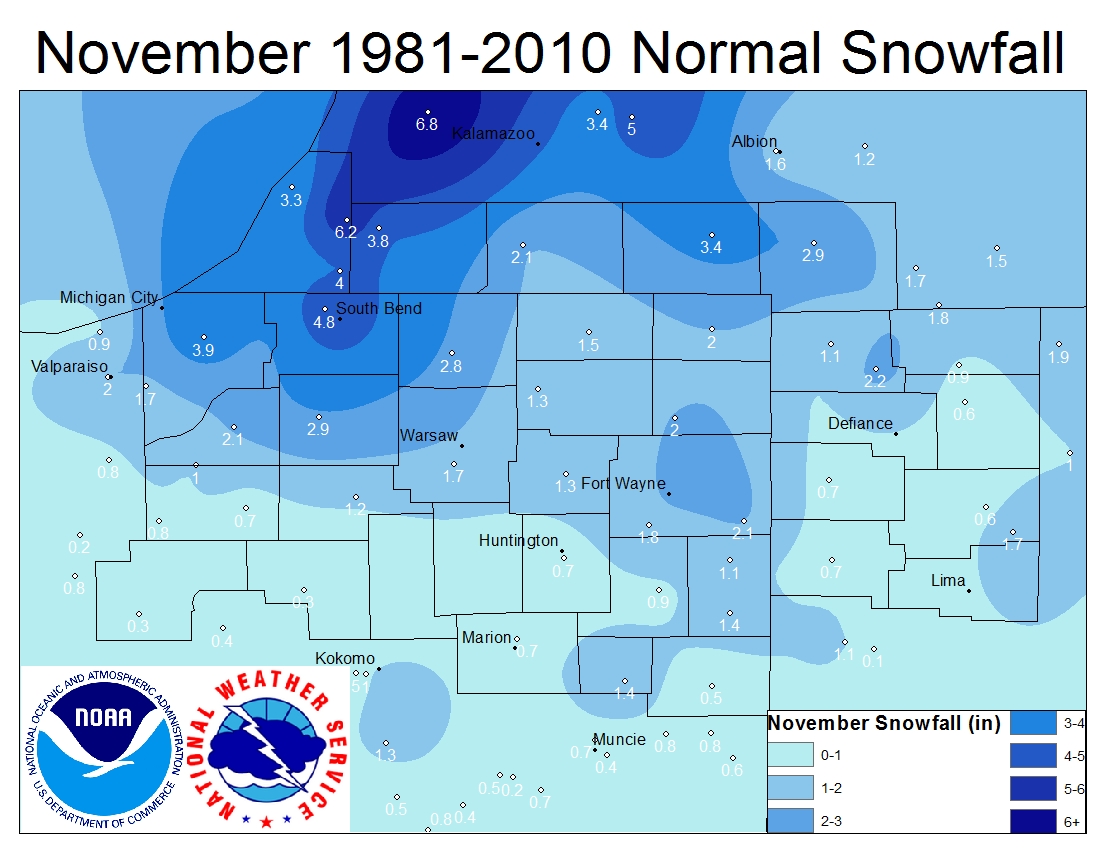