Despite snowy February, most of Michiana is dry

NOW: Despite snowy February, most of Michiana is dry

Most of Michiana has had almost 2 feet of snow in just February alone.

At the same time, most of Michiana is either abnormally dry or in moderate drought.

The latest drought monitor continues to show drought in portions of LaPorte, Marshall, Starke, Fulton, and Pulaski counties. The rest of northern Indiana and slivers of southwestern Michigan are abnormally dry heading into the start of March. 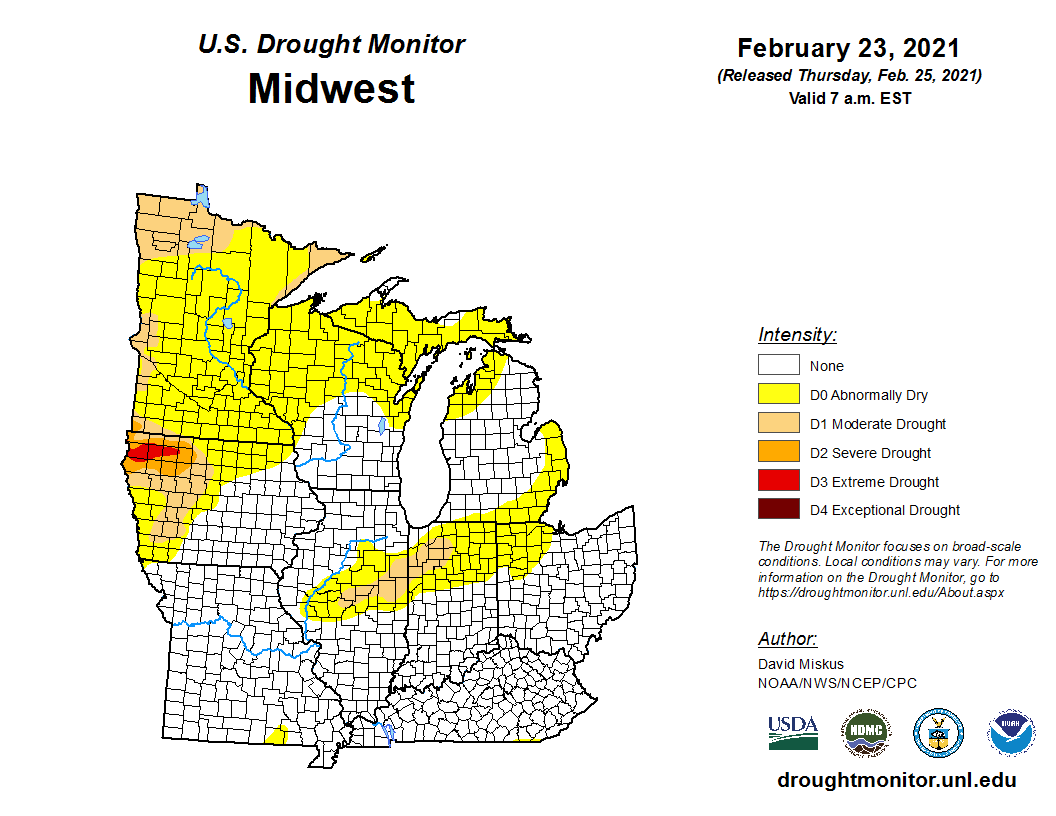 How can this be, especially as all of that snow has begun to melt?

The answer: snow, especially during a deep freeze, isn't much help to drought relief. This is because snow can actually be pretty dry itself.

Let's look at the snow in South Bend this month: 20.4" as of Friday. However, when you examine the water content of the almost two feet of snow, it comes out to less than an inch of actual water content (0.99" to be exact).

And though our wintertime snowfall has been at or slightly above normal (50.4" as of Friday night), our seasonal precipitation throughout December, January and February has been below normal.

Meaningful rain (or snow) doesn't look likely for start of March. The drought will likely continue into the start of meteorological spring, which begins on Monday.

It seems like a paradox, but snow is not that wet (compared to rain), and we've had below normal precipitation since last July. #inwx #miwx pic.twitter.com/fa8qZsYpuw

A dry start to spring might not be the worst thing for farmers, as it allows them to get out into the fields earlier in the season. However, if the drought persists or even worsens into summer, our friends in agriculture might be looking at higher water bills once again.

We'll also have to watch our fire danger across Michiana if the drought marches on. Windier weather typically accompanies the spring season, and if conditions continue to be dry, grass fires are possible. There could also be affects to the fish population and stream flow if the drought persists long enough.

For now, we'll enjoy the quiet start to March, but hope for a good (non-flood-inducing) rainfall later in the month!