Nine days after the last raindrops fell and the last winds gusted through, the Midwest is still reeling from a historic derecho that barreled through the region.

Even more than a week later, almost 30,000 people across Iowa are without power as of Wednesday afternoon. 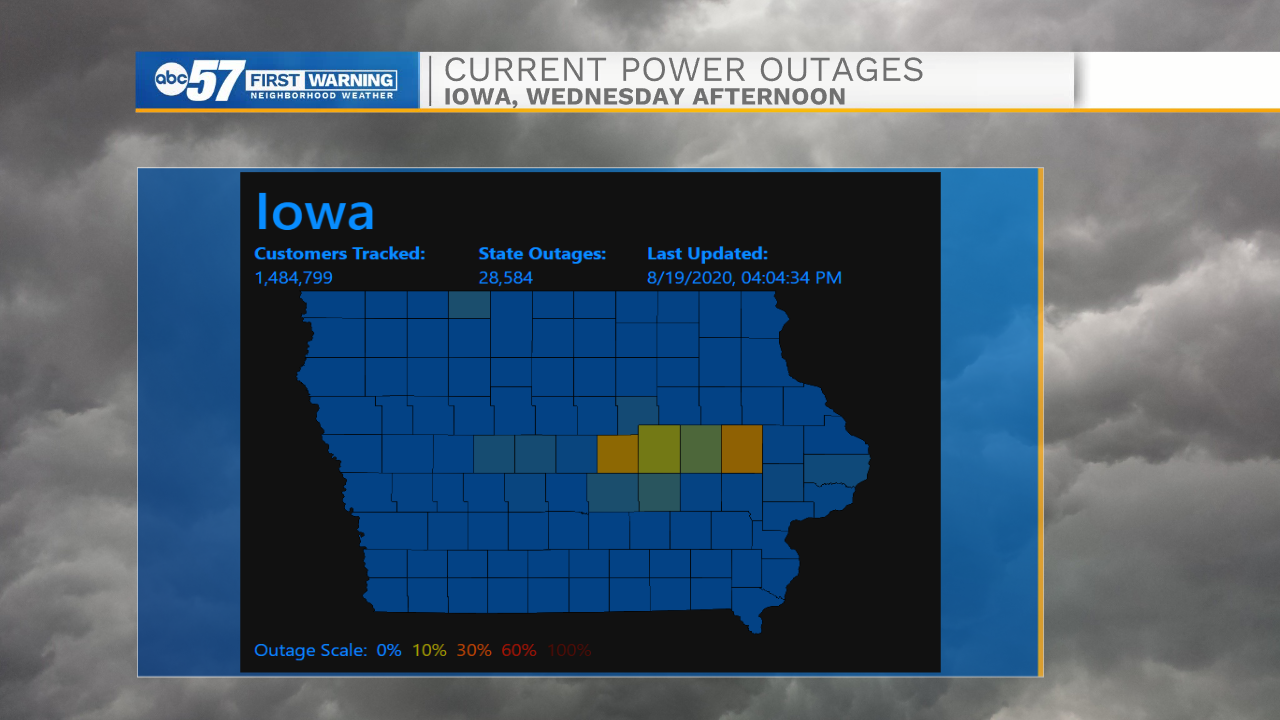 Wind gusts of 80-90 mph were fairly common as thunderstorms swept through Iowa and Illinois. Officials estimate that the storms caused 4 billion dollars in damage in Iowa alone, with close to 10 million acres of crops damaged or destroyed as well.

Perhaps most incredibly, with newly released information from the National Weather Service, the wind gusts were even stronger than we first thought.

Iowa definitely took the brunt of the derecho, with multiple areas of 100+ mph winds across the Hawkeye state. 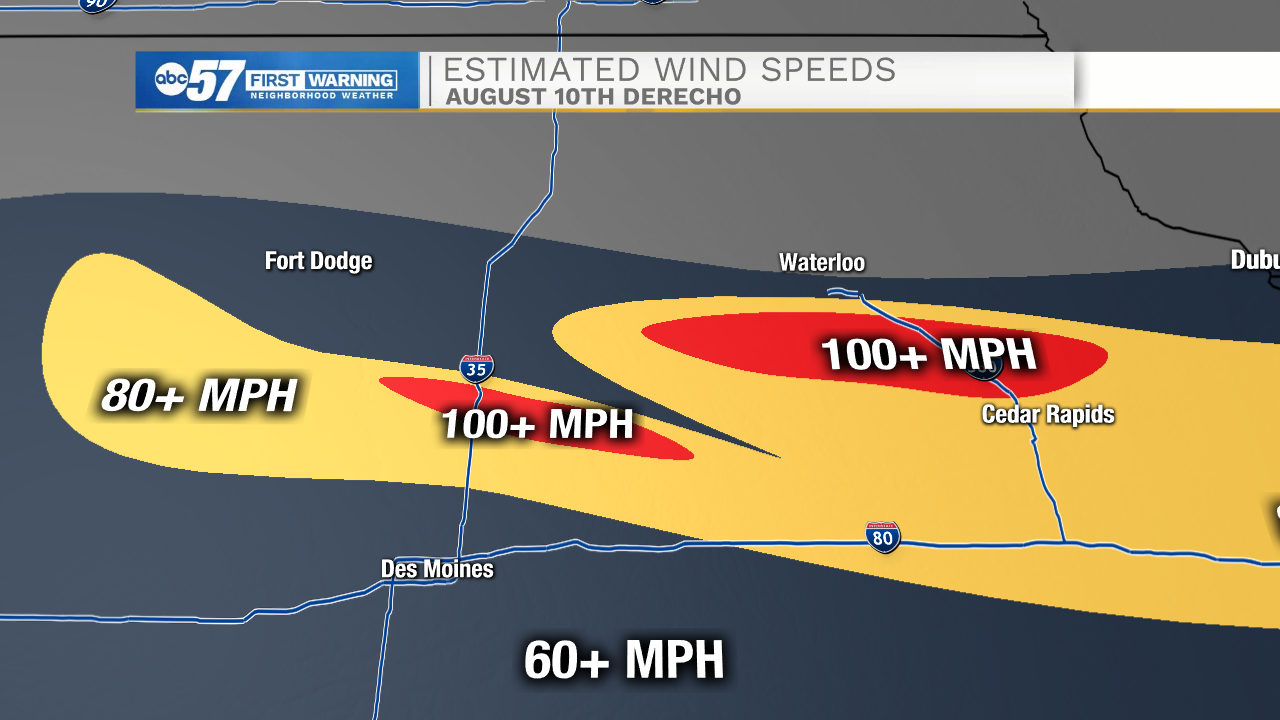 There were also reports of hurricane force wind gusts in northern Illinois as well. 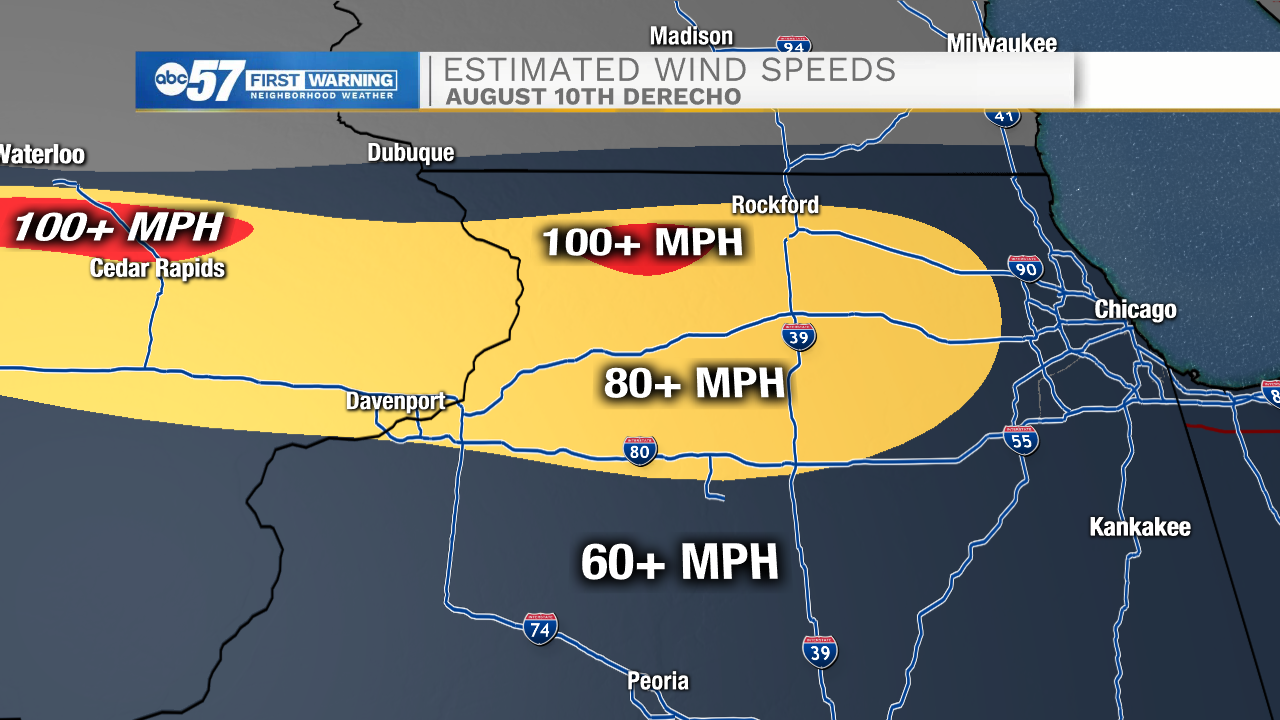 Wind gusts were weaker once the storm complex made it to Michiana, but there were still widespread reports of gusts well above 60 mph. 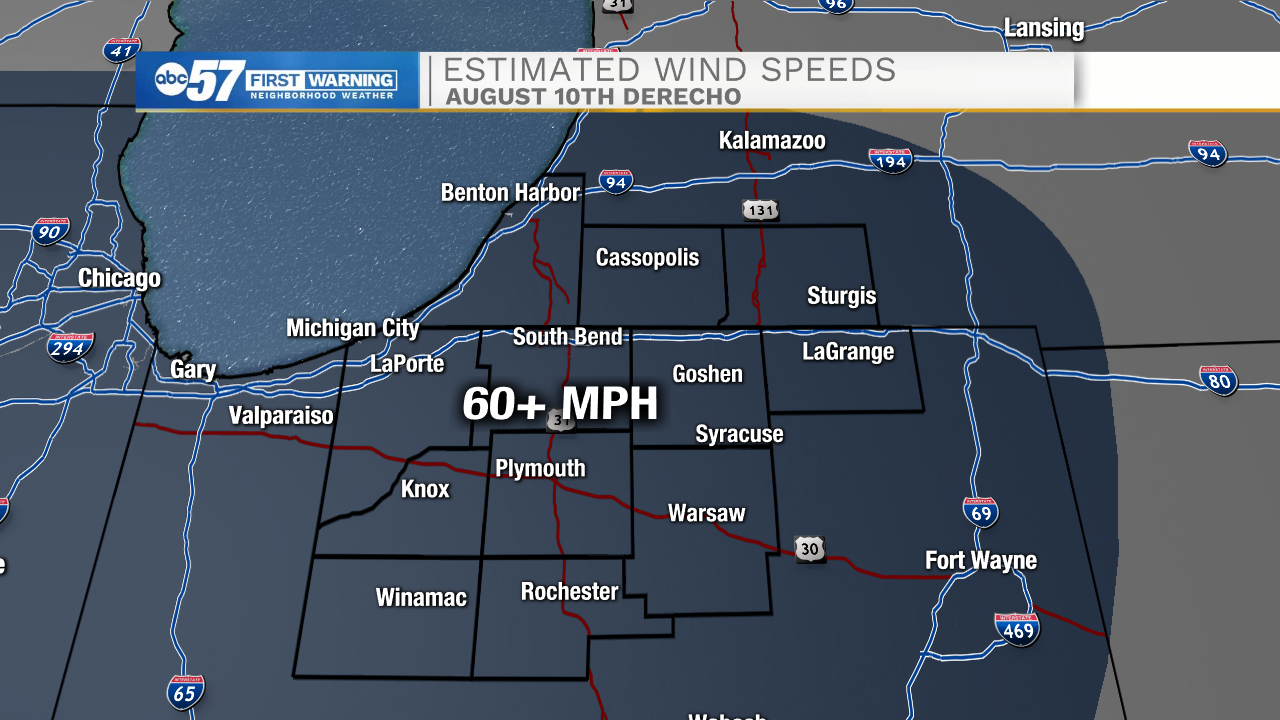 The National Weather Service in the Quad Cities now estimates winds gusted as high as 140 mph near Cedar Rapids. That is the wind equivalent of a Category 4 hurricane. 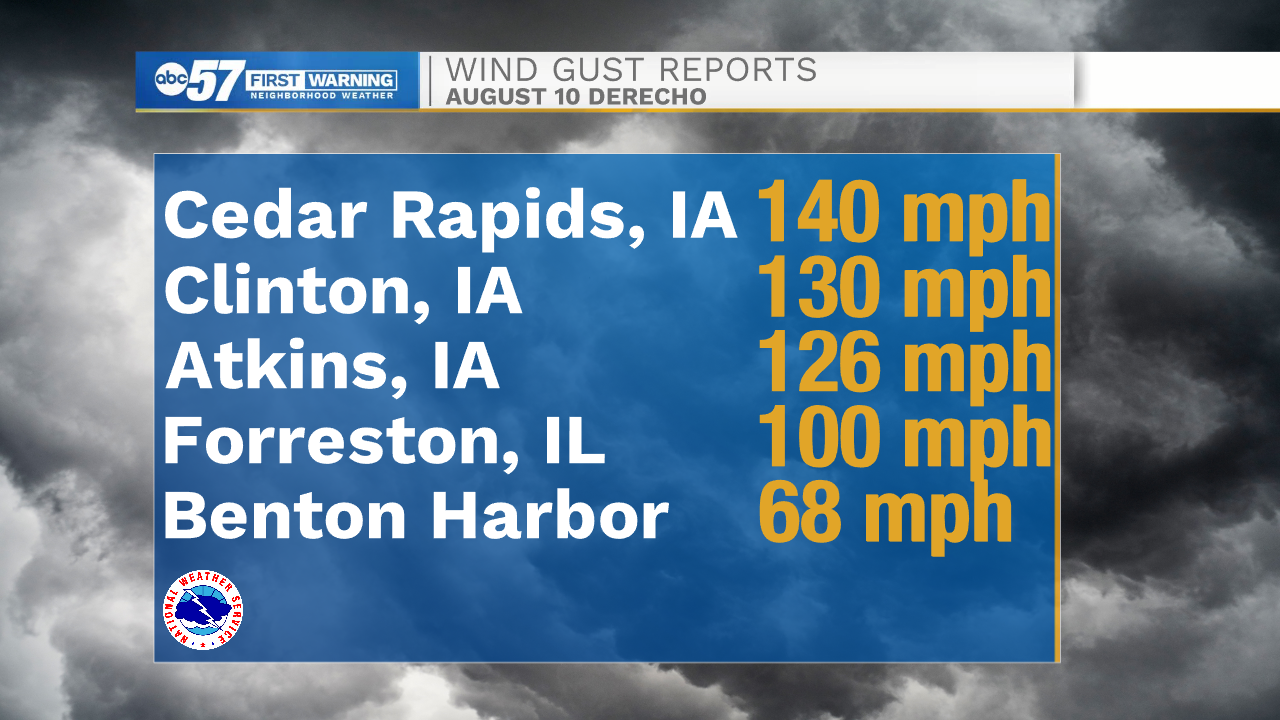 Many Iowans are still in desperate need of help tonight from storms that changed so many lives in only about 60 minutes.

The American Red Cross is collecting donations for its support efforts in Iowa and Illinois. You can donate on its website or by phone. You can also text the word “disaster” to 90999 to make a $10 donation.