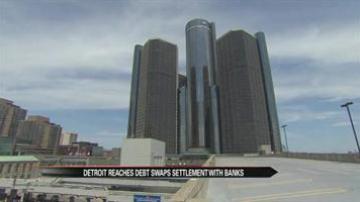 DETROIT -- Detroit Emergency Manager Kevyn Orr has announced that the city has struck a deal with UBS and Merrill Lynch to pay off some controversial debt swaps.

In the settlement, the banks have agreed to support the plan of adjustment proposed by the city in exchange for $85 million.

In this deal the termination payment would save the city around $201 million.

The settlement still has to be approved by the United States bankruptcy court.

A judge has rejected two previous settlements saying they were too generous to the banks.