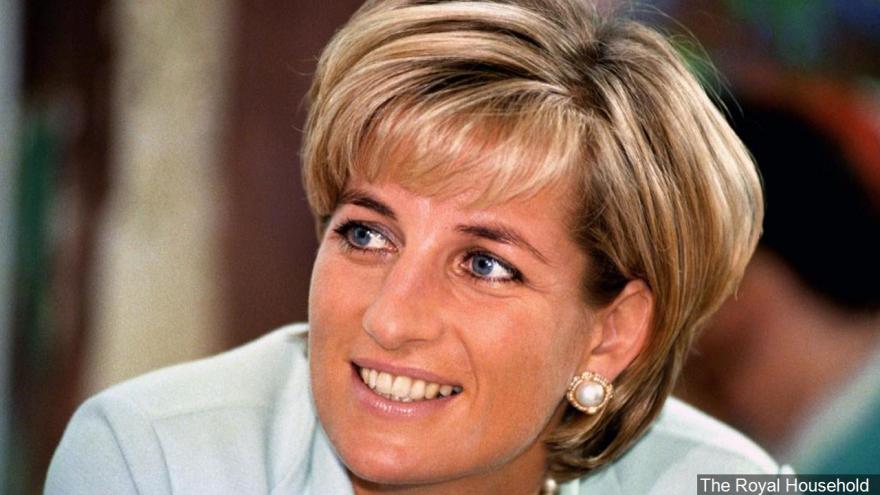 (CNN) -- Princess Diana died tragically young: This week marks 20 years since she succumbed to her injuries in a Paris car crash at age 36.

She was a deeply unhappy member of the royal family, but she also did more than anyone to prepare it for the 21st century.

Diana, mother to Prince William and Prince Harry, was the first person in the royal family to talk openly about her struggles with mental illness.

Her fans loved her for it. Her enemies -- including allies of her ex-husband, Prince Charles -- derided her for it.

For many years after her death on August 31, 1997, Diana's many criticisms of royal protocol were dismissed by those who characterized her as unstable.

This is the legacy of Diana, Princess of Wales.

When Lady Diana Spencer was born in 1961, there was little to suggest she would shake up the British establishment. She was the youngest of three daughters of the future Earl Spencer, scion of an aristocratic British family that had been prominent since the early 16th century.

But her life was scarred early by family instability.

Her father, like many of his class, craved a son and an heir. The pressure he put on her mother, Frances, with constant visits to fertility specialists, probably contributed to their divorce a few years after she finally gave birth to a boy, Diana's younger brother Charles.

Diana was known as a shy child. A rare pleasure was ballet, but at 5 feet 10 inches, she grew too tall to be a professional ballerina. Earl Spencer put little stock in women's education, so Diana left school at age 16 without qualifications. She shone, however, with children, and moved to London to work as a nursery assistant while waiting for a suitable marriage.

Years later, as a princess, she would be loved for the ease with which she greeted children at the many charities she supported.

Diana did find a suitable marriage, and the story of its disintegration is well known. By the early 1980s, the Queen's son Charles was facing unbearable pressure to find a publicly acceptable bride: Diana was well-bred, seemingly pliable, and a virgin. No matter that at 19, she was 13 years Charles' junior, or that he seemed to still be involved with his old girlfriend, the married Camilla Parker Bowles.

Charles' great-uncle, Lord Mountbatten, echoed establishment values when he wrote to his great-nephew, "The man should sow his wild oats and have as many affairs as he can before settling down, but for a wife he should choose a suitable, attractive and sweet-charactered girl before she has met anyone else she might fall for."

Diana and Charles' arranged marriage seemed eminently suitable at the time. The cracks only showed slightly. The pair had met 13 times before their engagement; Diana later revealed she was expected to call Charles "sir."

In a public interview to mark their engagement, the couple was asked if they were in love. Diana responded, "Yes, of course." Charles merely muttered, "Whatever love means." Diana later recalled that this moment "threw me completely, it traumatized me."

Within a year of his marriage, Charles had taken Camilla as royal mistress. Diana would later tell a TV interview, "There were three of us in this marriage, so it was a bit crowded." Eventually, Diana also took lovers.

Long before the public knew of the royal couple's marital troubles, Diana had a reputation for bringing emotional honesty back to royal palaces. She raised the couple's two sons, William and Harry, as much as possible herself, eschewing the traditional aristocratic childhood of starched shirts and quiet manners, opting instead for noisy football matches and splashy family bath-times.

She laughed, cried and swore in public. In an interview this year, William and Harry publicly credited her with teaching them not to suppress their emotions.

No surprise that when her marriage to Charles finally crumbled, she chose to call out the royal family on its culture of closed doors and sexual hypocrisy.

She secretly collaborated with Andrew Morton's "unofficial" biography; she admitted that being trapped in an arranged marriage had driven her to attempt suicide.

Charles' friends fought back. Within minutes of a tell-all Diana interview, in which she publicly accused him of infidelity, Charles' friend Nicholas Soames told the BBC the princess was "in the advanced stages of paranoia" and that her own admission of mental illness meant her claims were unreliable.

Soames, a Conservative member of Parliament, exemplified aristocratic mores: the grandson of Winston Churchill, he later told an interviewer that he'd be ashamed should any member of his own family seek psychiatric help. "I'm a believer in the stiff upper lip and having a cold shower and getting on with things."

Soames is still a close friend of Charles, Prince of Wales. But thanks to Diana's example, the British royals today have become a family whose members talk publicly about their feelings, who laugh, cry and swear with their subjects.

For the first time in history, the royals have become relatable.

In April of this year, the United Kingdom's next generation of royals launched a new campaign. The subject was mental health: The official documentary package depicted William, his wife, Kate, and Harry talking frankly together about times they'd needed mental health support.

Prince William, the United Kingdom's future king, wants his subjects to be able to be open about their emotions. In an accompanying magazine interview, he added: "There may be a time and a place for the 'stiff upper lip,' but not at the expense of your health."

This may seem accepted wisdom to some Americans. In Britain, coming from the heart of the repressed aristocracy, it represents a major shift.

Diana's sons are not merely presiding over a sea change in attitudes toward mental health. They have learned from her legacy to ensure the survival of a very modern monarchy.