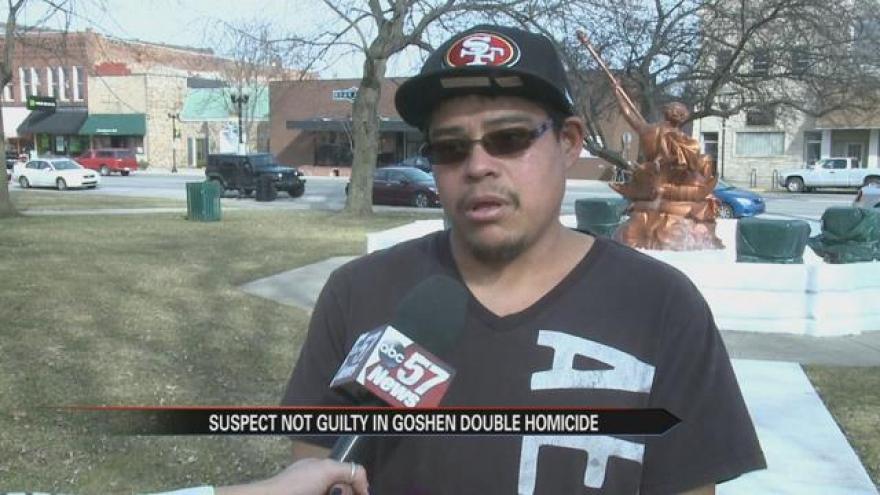 He was charged with murdering 27-year-old Jose Nava and 42-year-old Marco Carmona on March 13th of last year. Now, one of the victim’s families is speaking out.

Marco Carmona’s family is not taking this verdict well because this is not what they expected.

“It’s been a year now and it's like we’re reliving it. Where is Justice? This is not Justice!  If it was an officer’s or a judge’s brother, I know they wouldn’t have let this end like this,” said Juan Carmona, Marco’s brother.

On March 13, 2016 around 5 a.m. there was a shooting inside a mobile home in Goshen’s Brookside Manor. Nava and Carmona’s bodies were found inside.

“I heard on the news that my brother Marcos was one of the men killed.  My mind went blank I couldn’t believe it,” said Juan.

He was supposed to testify against his friend, but instead Rivas pleaded the 5th last December.  Now, he may face further charges.

“I don’t understand how they found Ramos not guilty if in front of the Judge , Rivas was proving he was an accomplice by not declaring against Ramos,” said Juan.

Since Rivas’s testimony was a large part of evidence, Judge Shewmaker said, “Simply put, there is an absence of evidence needed to prove the guilt of the accused.”

“All of this is unjust because the detectives told us there was more than enough evidence to find him guilty and plus Jose Nava’s family, like us have been suffering too much,” said Juan.

Juan Carmona tells ABC57 no detective or attorney has been  in contact with his family for a follow up.

Diego Ramos is ordered to be released from custody on this murder case this week, but he may not be in the clear.