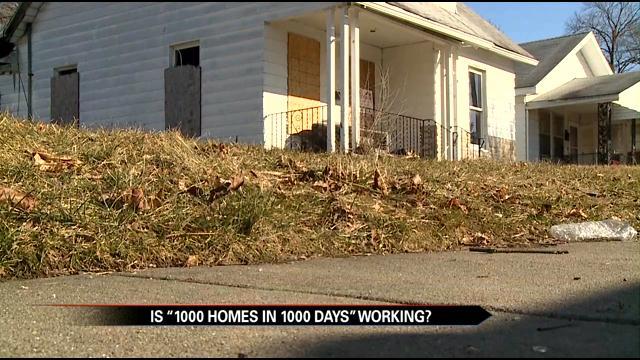 After Mayor Pete Buttigieg's State of the City address, ABC 57 promised to dig deeper into his “1,000 homes in 1,000 days” initiative to see if South Bend is really making the progress he promised.

The Department of Code Enforcement says the city is making serious progress with 790 homes that have been demolished, repaired or put under a contract.

One of the neighborhoods with the most vacant homes is the Rum Village area.

Residents there say it's a big relief that everything is going to plan.

“This is too close to my house and I have my grandkids," said Minton.

“It's a nice neighborhood, it's just that the houses need to be fixed up or taken down,” says Michelle Washington, another Rum Village resident.

These are claims the Mayor's office and the city Code Enforcement department say they've heard loud and clear.

“Rum Village on the southwest side of the city has about 60 to 80 properties,” says Trent Spoolstra with Code Enforcement.

“I am very confident that we will have 1,000 houses addressed by November,” says Spoolstra.

Washington says the city has already come out to her street to renovate the house across the street from hers.

“They really did a wonderful job on that house,” says Washington.

The city has posted this interactive map where you can see exactly where all of the vacant and abandoned homes are in South Bend.