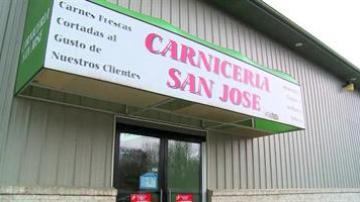 ELKHART COUNTY, Ind. -- According to grocery store health inspections, two stores in Goshen had more than 15 violations each - and they are both owned by the same person.

"It's amazing having worked in a kind of place like that where we were always thinking about if someone came in at this moment, what violations would we get?" said Pletcher.

Pletcher says he has worked in the food industry and his store manager would call a meeting after just one or two violations.

"Seventeen is a lot. That's not cool, but I've not shopped at these places but I wouldn't consider shopping there after hearing about these violations," said Pletcher.

The violations include: un-sanitized utensils, dirty floors, dirty prep tables, and employees failing to properly wash and dry their hands. There was also raw pork stored without any wrapping in a cooler and the meats were not separated.

We spoke with owner Jose Garcia, but he refused to comment on the high number of critical violations at both his stores.