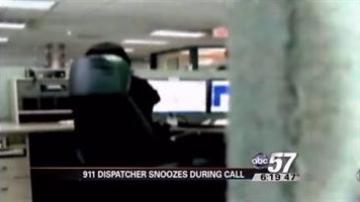 MARYLAND - A Maryland dispatcher falls asleep during an emergency 911 call. Police say a woman called for help after her husband stopped breathing. But instead of hearing a calming helpful voice on the other end of the line, she heard snores.

The 911 tapes were just released. On the tapes you can hear the dispatcher snoring as the caller asked for an ambulance. It took nearly six minutes for the dispatcher to wake up. The incident happened last month.

The 911 operator whose name is not being released, was working a typical 24 hour shift. He had been working 17 hours when he fell asleep.