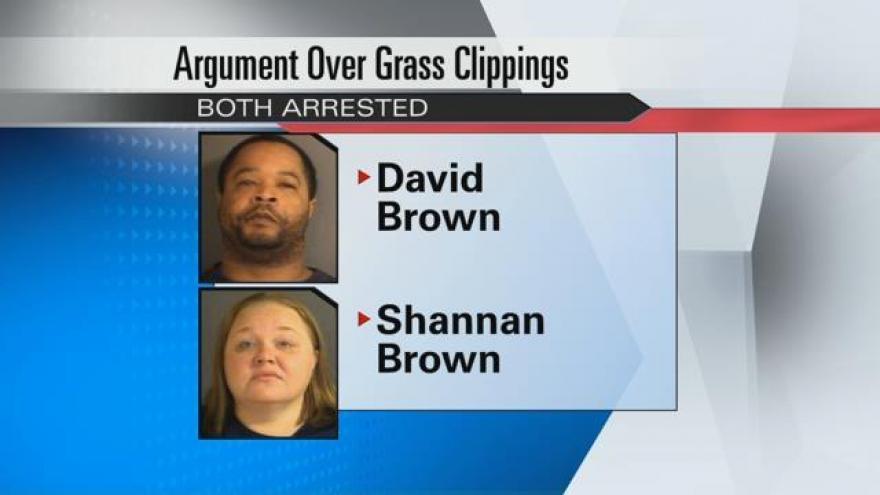 After a dispute over grass clippings, a husband and wife have been arrested on criminal recklessness charges.

According to the Probable Cause Affidavit released on Friday, David Brown II and his wife, Shannan Brown, contacted the Mishawaka Police Department regarding an incident at Love’s Market on Union Street on October 4th.

Officials say the dispute began when the Browns said their neighbor had thrown grass clippings on their car.

The neighbor explained that her brother, Bryan Rich, had been at her home cutting the grass.

After the conversation, the couple went to Love’s Market to buy some cigarettes.

It is reported Rich was already in the parking lot when the couple arrived at the store.

According to authorities, both men exited their vehicles, engaged in a heated discussion, and began to demonstrate what police described as ‘boxing-like behavior,’ with fists clenched and raised.

During this discussion, Brown’s wife retrieved a metal baseball bat from the back of their vehicle and handed it to her husband.

Brown then allegedly raised the bat as if he was going to strike Rich.

Officials say Rich then went to his vehicle where he retrieved a .40-caliber handgun and allegedly shot one round in the direction of Brown, but did not shoot him.

Rich denied shooting at Brown and said he fired his gun into the air.

A warrant was put out for Rich’s arrest on criminal recklessness charges.

Both David Brown II and Shannan Brown are each held at the St. Joseph County Jail on a $1,000 cash bond.